Women’s Leadership Network Members Get a Taste of Park Life

Pansy Hall, Mortgage Loan Officer of Patriot Bank Mortgage, the sponsor of the luncheon, introduced the day’s featured speaker, Carol Coletta, and provided a brief overview of Coletta’s extensive background in civic development, both on a local and national level. 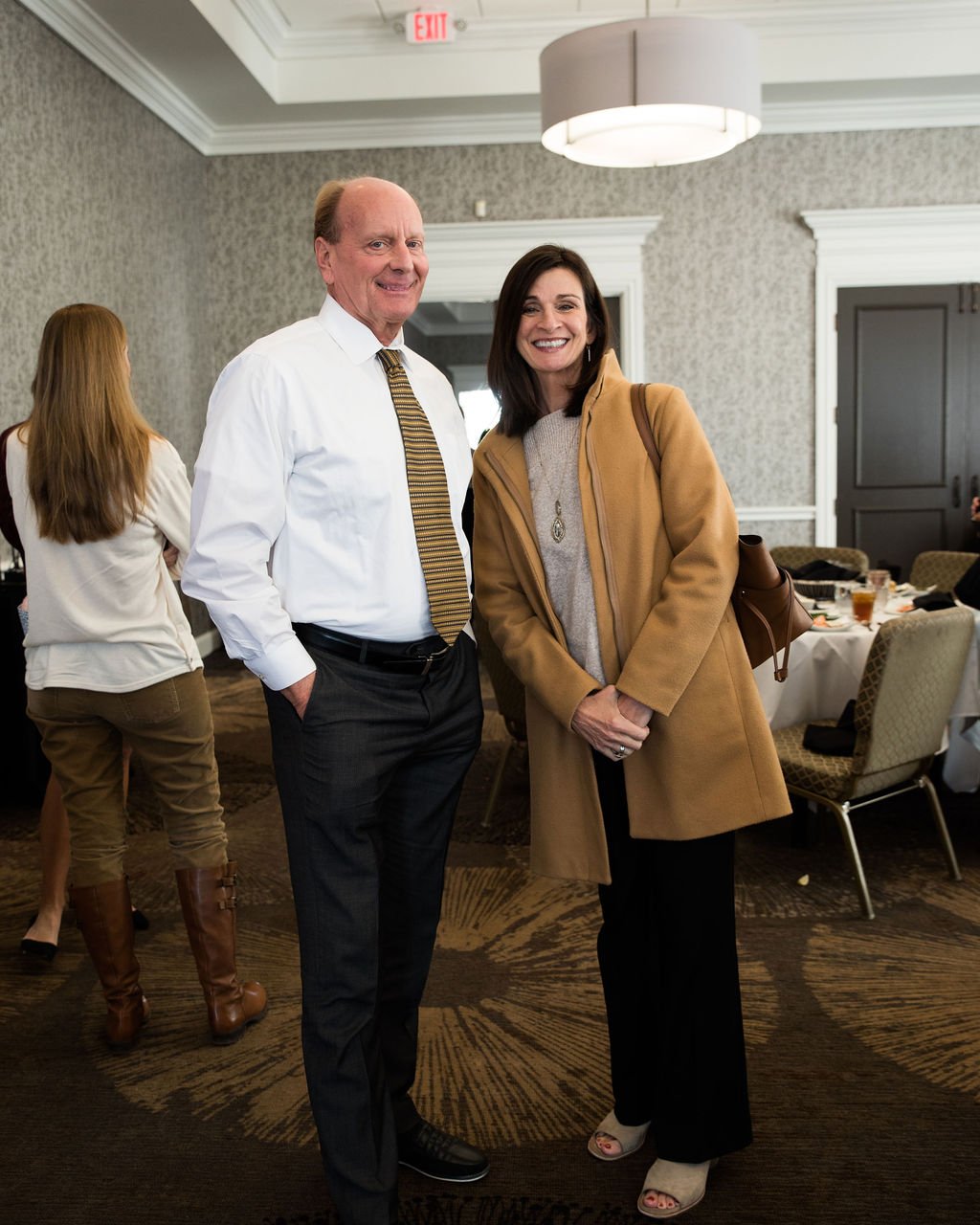 Coletta began her talk with a quick rundown of her career, from a degree in journalism from U of M and her early days of having to prove herself in a typically male world of sports information to a steady climb through the world of marketing, public information, and city, and civic development. Prior to assuming her current position as President and CEO of Memphis River Parks Partnership, Coletta was a senior fellow at the Kresge Foundation with its American Cities Practice. She also worked with The Knight Foundation, ArtPlace, CEOs for Cities, and the Mayor’s Institute on City Design. These days Coletta finds her passion with the development of Memphis’s riverfront and the series of park spaces that connect along the banks of the Mississippi and specifically the redesign of Tom Lee Park, set to be open Labor Day, 2023.

Coletta offered the crowd a capsule version of the 100-year history of the city’s attempt to develop the riverfront, from those early plans in 1924 to the 2017 Memphis Riverfront Concept. 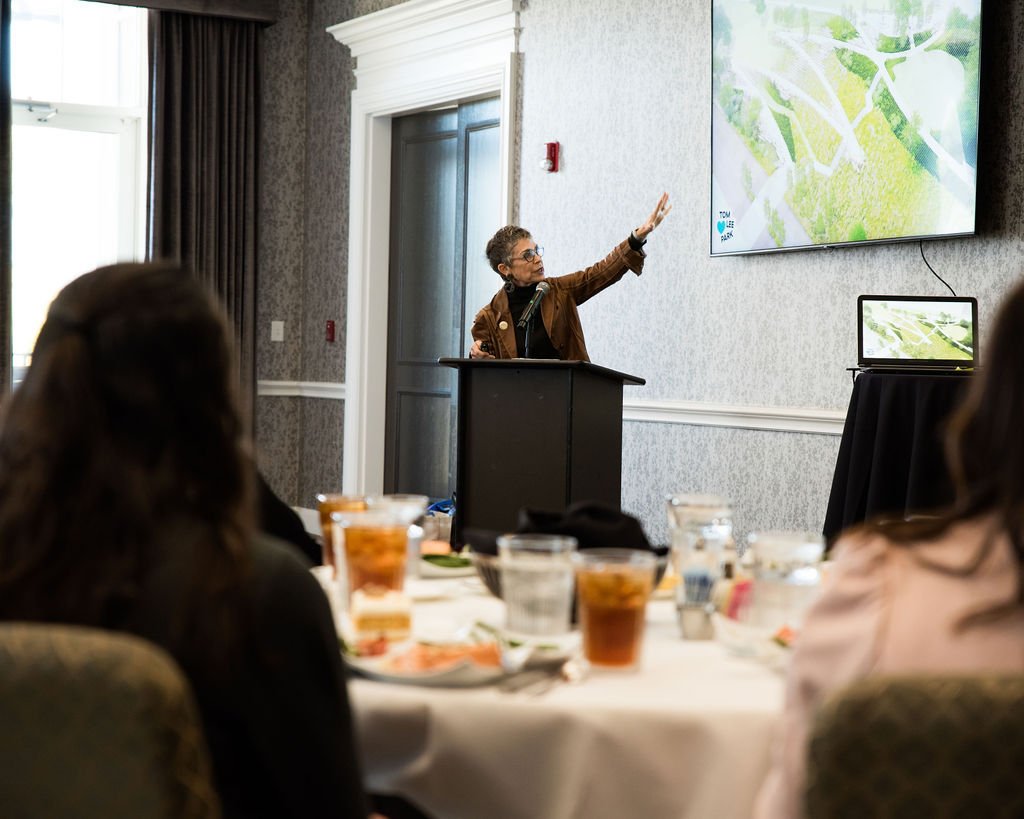 As a downtown resident since 1977, Coletta’s love of Memphis and its river heritage is obvious. She reminded the audience that the Mississippi River is at its “widest and wildest” at Memphis – an area imbued with a natural beauty. Through an AV presentation, Coletta shared the step-by-step process by which the river parks are being transformed, and highlighted various attributes being incorporated into the new 31-acre Tom Lee Park. Canopies will provide 20,000 square feet of open-air space for events and there will be three huge lawns for festivals. Trails and paths, all ADA accessible, will lead visitors through the 1,000 trees, all part of the effort to embrace environmentalism and sustainability. Food and beverage areas, ample restrooms and wonderfully creative play areas for the kids will encourage visitors to linger in the park, as Tom Lee Park offers a true sense of “park life.”

Shifting her attention to ideals she has found helpful in her career she noted six primary concepts that she has discovered along the way: 1. Deploy all available talent. “We’re just differently talented. Put that talent to work.” 2. Lean into what you know. Don’t pretend you don’t know. 3. Be ambitious for others, even when they may not be ambitious for themselves. 4. Don’t get distracted. “Fall forward,” Colette noted. 5. Take risks. 6. Finally, believe in Memphis and the greater community. “It’s what we make it! Embrace who we are and what we are.”

Coletta fielded a series of questions to complete her presentation. 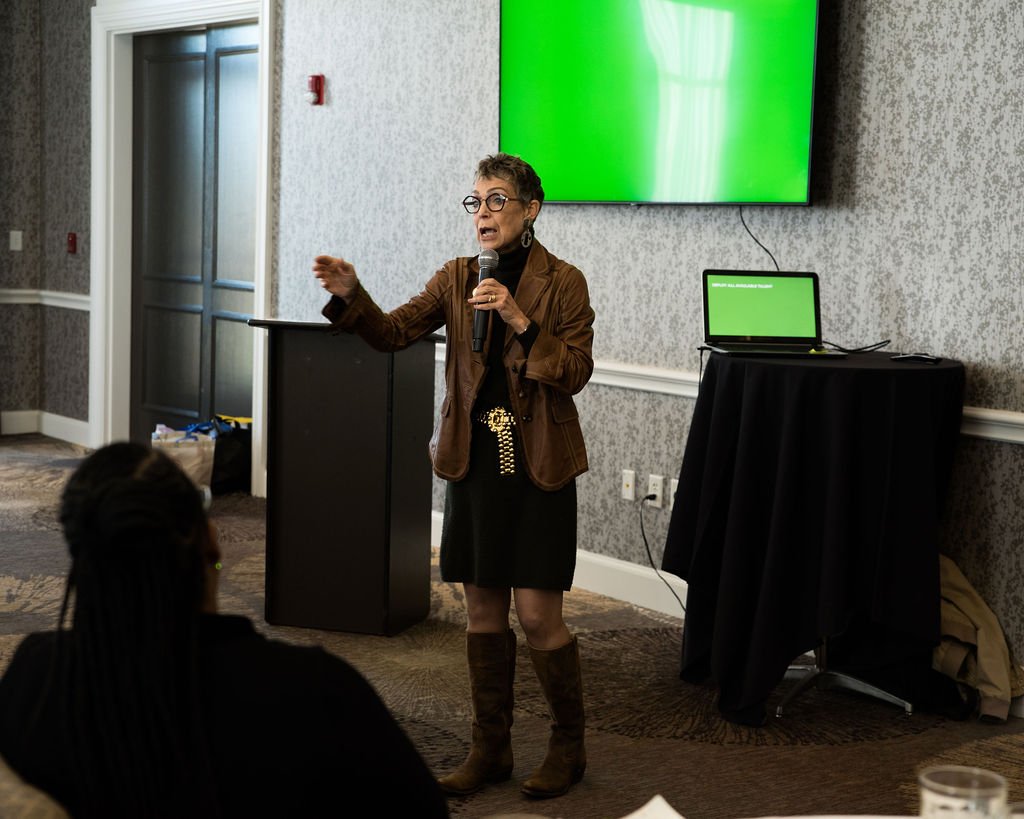