The Collierville Chamber of Commerce offered the third speaker in their economic development Monthly Membership Meetings at Collierville First Baptist Church on Wednesday, October 19. Before the day’s featured presentation, Mark Heuberger, President, and CEO of the Chamber called attention to several new members and thanked the growing list of premier partners who offer valuable resources to the Collierville Chamber throughout the year. He also recognized elected officials, those running for office, and civic leaders in attendance. The day’s luncheon was catered by Pimento’s Catering 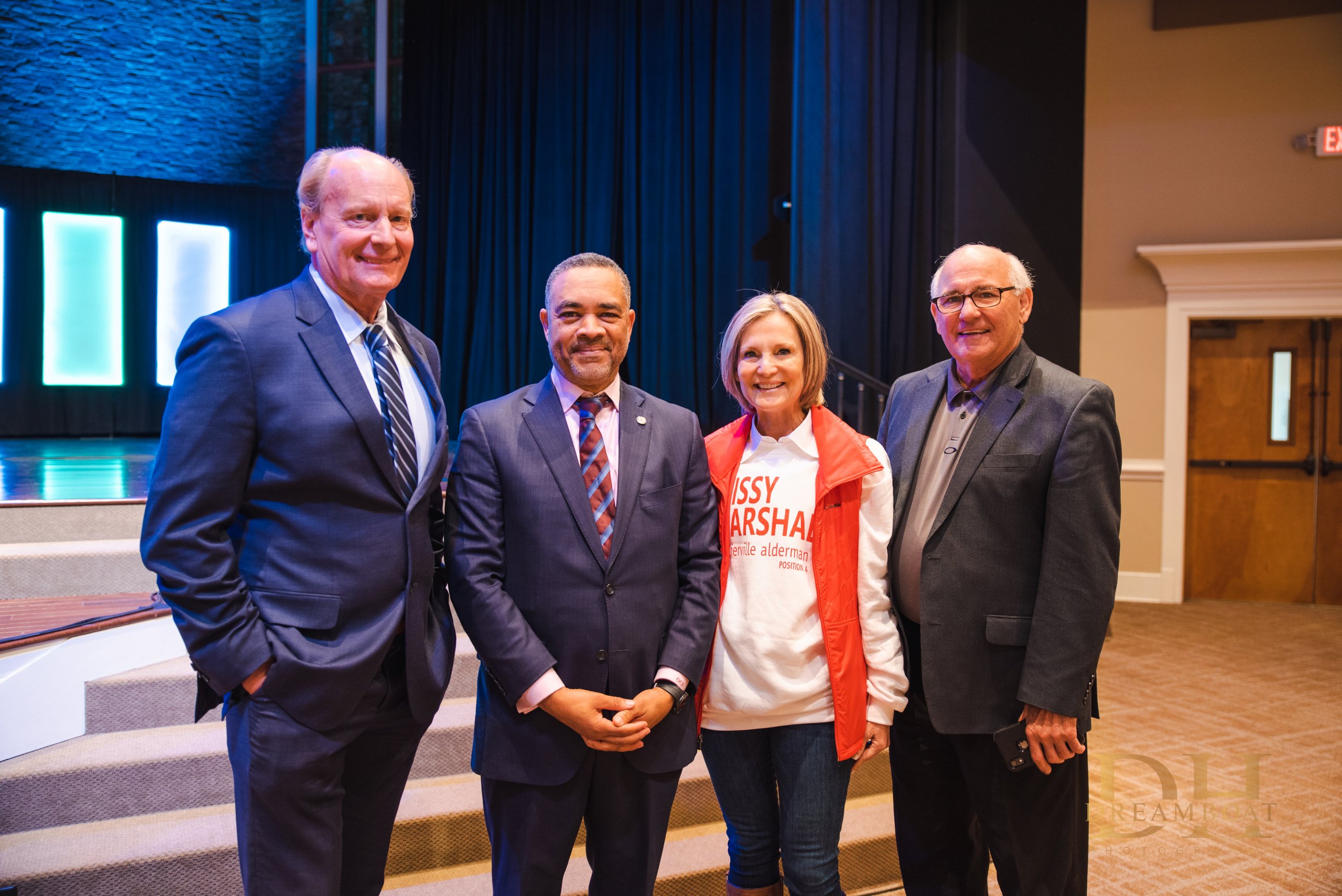 As part of the Monthly Membership Meeting, Patriot Bank took the opportunity to recognize the Collierville High School student of the month. Bank Vice 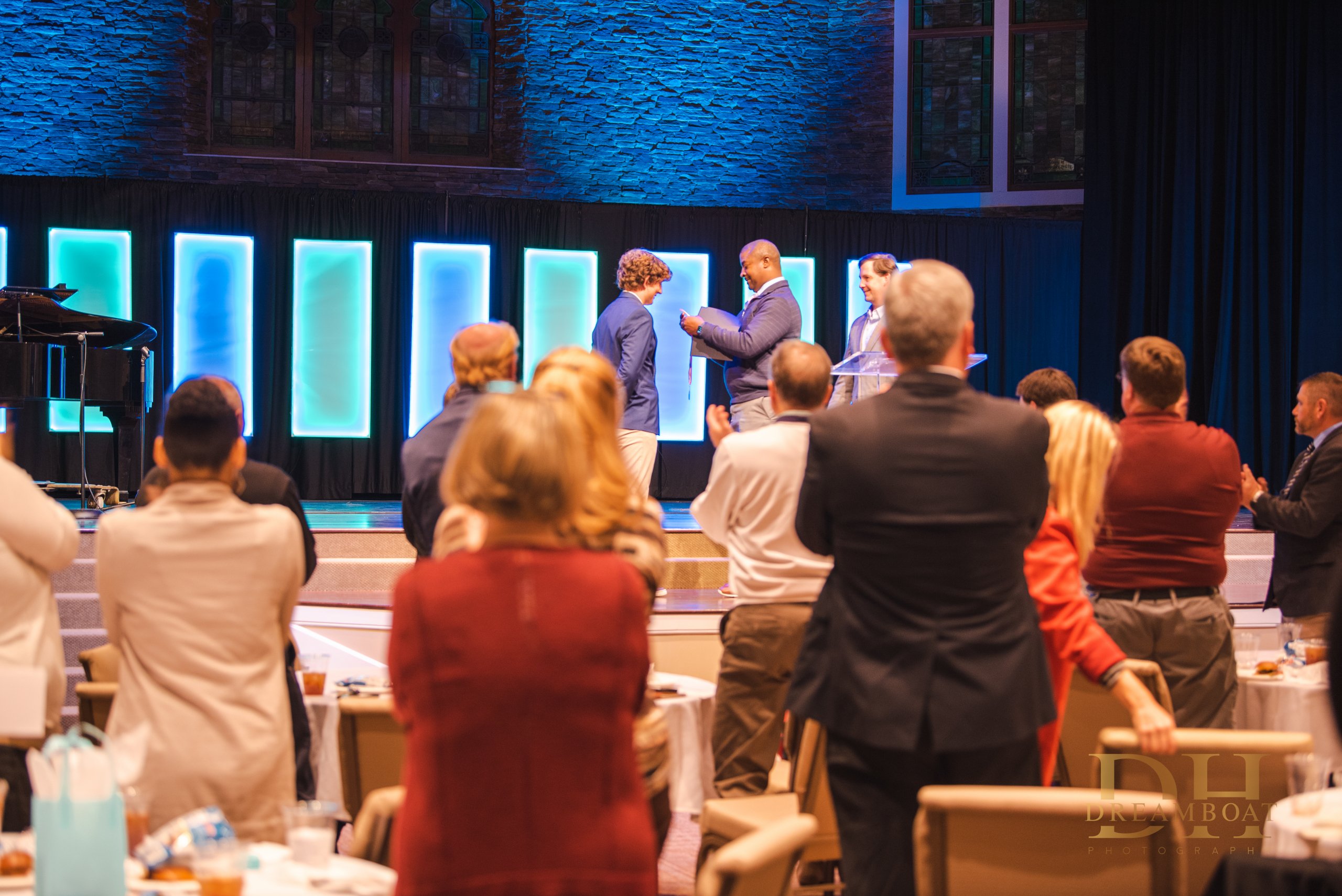 President Charles Brasfield joined Collierville High School Principal Roger Jones to recognize student Daniel Rader. Jones noted that Rader is the ‘heartbeat of the school,” excelling academically as well as athletically. Additionally, Rader has taken an active role in the student government association for four years and is actively involved in the greater community by volunteering with the Wolf River Conservancy. He is captain of the varsity soccer team as well as his competitive team, the Collierville Legend. Maintaining a 4.47 GPA and holding membership in the National Honor Society, he plans to study mechanical engineering in college. Rogers concluded his remarks by citing Rader’s “incredible work ethic,” noting that “Rader’s optimism is contagious.”

Ashley Bradford of Rehab Etc., sponsor of the day’s event, provided a brief overview of the company’s mission. Operating for ten years in Collierville at the corner of Wolf River Parkway and Houston Levee, Rehab Etc. has reflected a commitment to patient satisfaction and well-being, their team of physical therapists and staff serves 45 patients per day. Recalling customer comments that they have received, “friendly, professional, and attentive” were the words most often used. “Our goal,” she said, “is to have everyone feel better when they leave.” 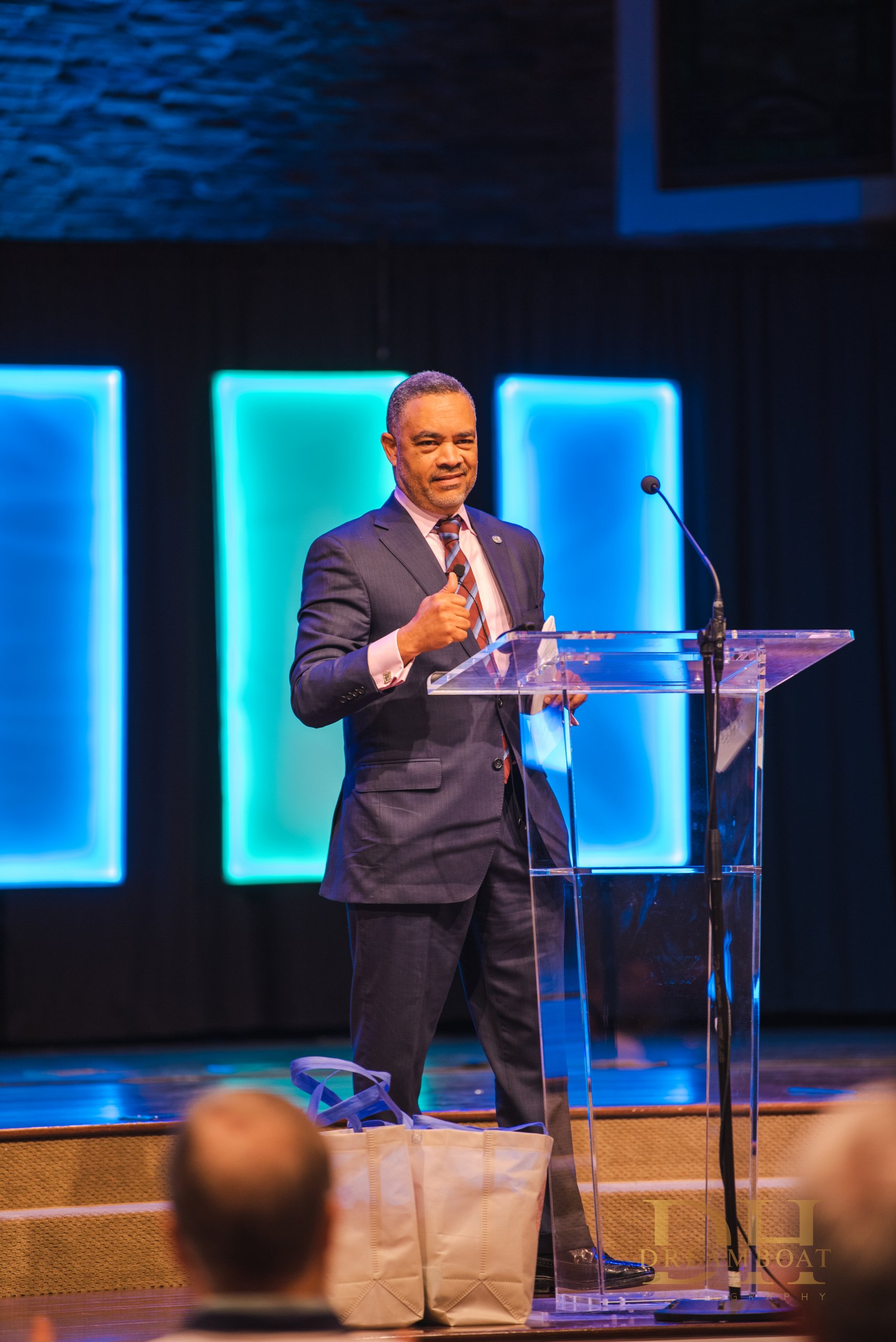 Mark Yates, Regional Vice President of the West Region, Tennessee Valley Authority, drew the audience’s attention to the history of TVA and its goal to “power the region.” Using video throughout his talk, Yates outlined the motivating factors that saw the development of the power authority in 1933: provide flood control, improve navigation of waterways and provide electricity to an impoverished area of the country. TVA is governed by a nine-person board, all appointed by the President of the United States.

Initially harnessing water for hydroelectric power, the utility has grown to include nuclear, solar, and even wind as energy sources for the present and future. Serving seven states and some ten million people. TVA regards itself as a steward of the environment and a partner for economic growth.

Citing a 99.999% reliability rate and a commitment to new technologies, Yates called attention to TVA as a national leader in carbon reduction, as it has grown to the 3rd largest nuclear fleet of power in the nation with a future directed to a smaller, modular reactors. It has committed itself to the “continued expansion of solar and wind” as energy sources, all designed with an eye to cleaner energy. Yates noted the challenge of the expansion of electric charging stations as the automotive industry moves to an expansion of electric vehicles.

Regarding TVA’s commitment to its customers and its mission as a public utility, Yates said, “TVA is for the people and not for the profit.” 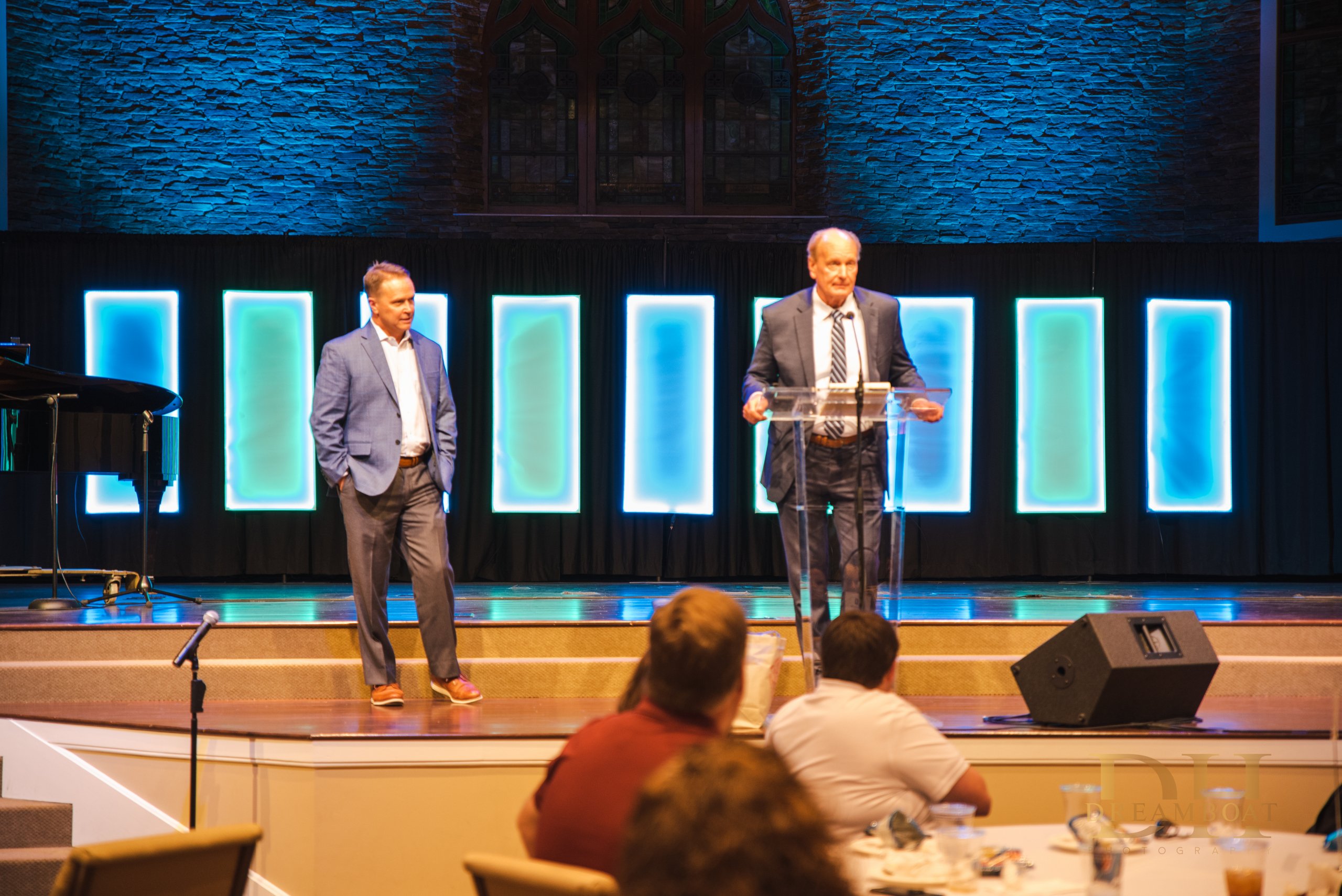 Mark Heuberger concluded the day’s meeting by mentioning several upcoming Chamber events, including the Business Expo on Thursday, October 27, and the final Party on the Patio the week after on November 3rd. Paul Childers, Collierville School Board member, also recapped the Chamber’s trip to Southern Reins Center for Equine Therapy. Heuberger and others reminded attendees to vote early through November 3rd.