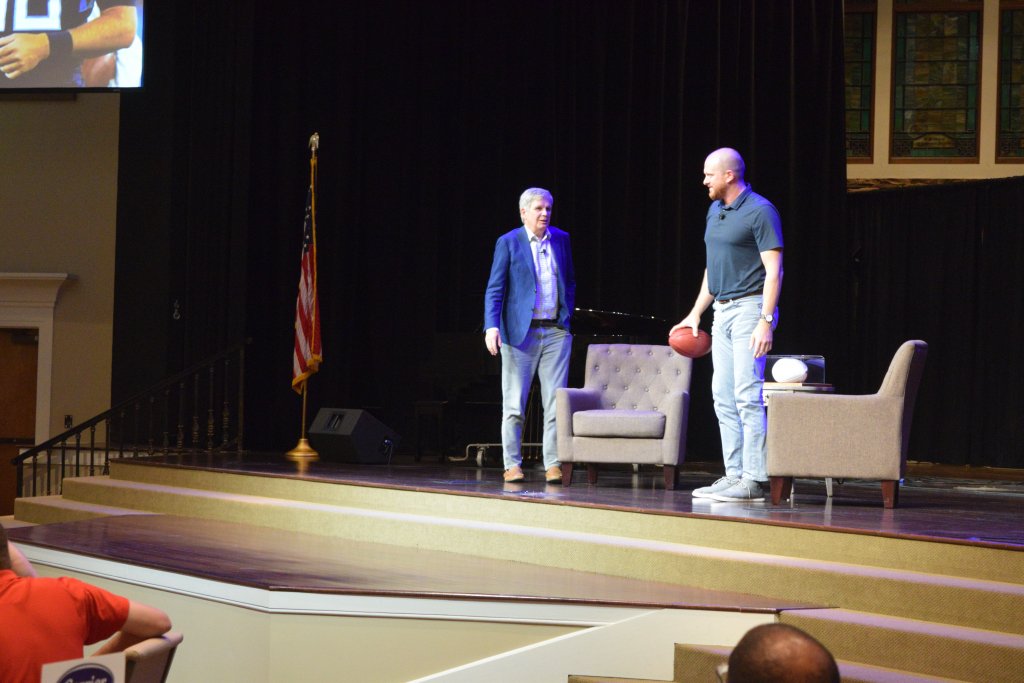 At the largest Monthly Membership Meeting in the Collierville Chamber of Commerce’s history, a packed house of some 240 listened to an entertaining give-and-take between Tennessee Titan’s long-snapper and the Daily Memphian’s featured columnist Geoff Calkins. The day’s event was sponsored by Premier Partner OrthoSouth and long-time Chamber Member BankTennessee.

Mark Heuberger, President and CEO of the Collierville Chamber of Commerce, recognized a host of elected officials (and some individuals running for office for the first time) and local dignitaries in the crowd. He also offered a thanks to First Baptist Church of Collierville for the use of their space and their ongoing support to the Chamber and recognized the wonderful lunches prepared by STIX, known for their hibachi, sushi and Asian cuisine.  He also called attention to several new member organizations represented at the luncheon.

Prior to the feature presentation, Kimble “Kim” Jenkins, CEO of OrthoSouth, spoke for a few minutes about the full-service company, their eight locations and their commitment to patients. He noted, “We measure success by patient experience and customer service.” 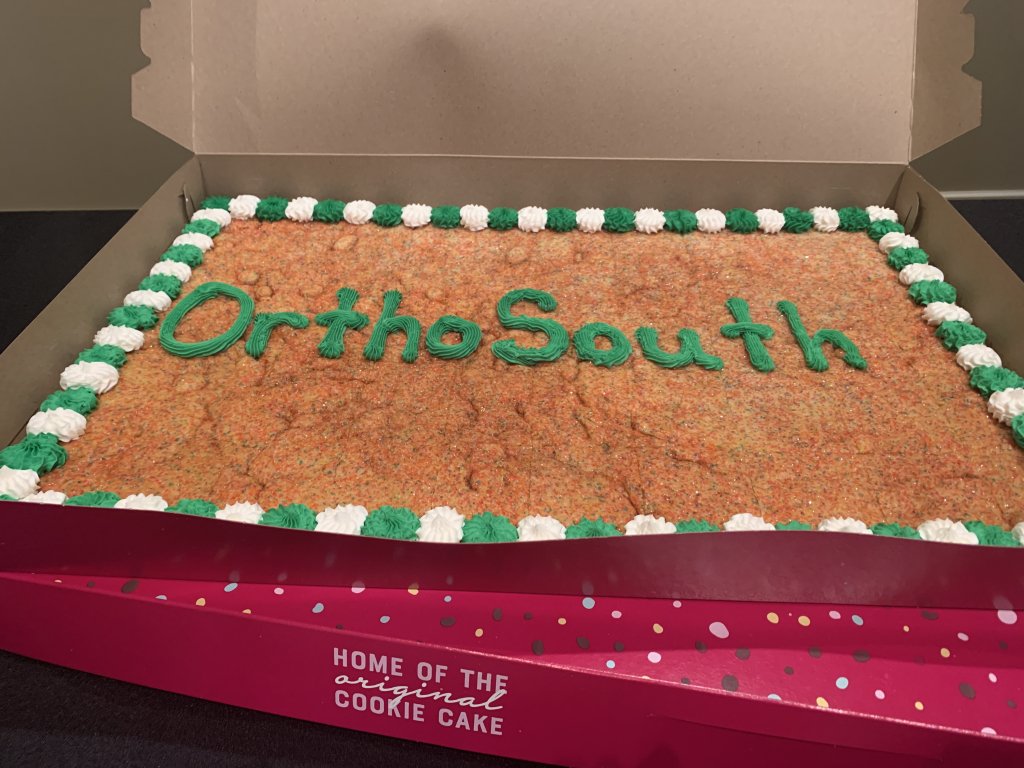 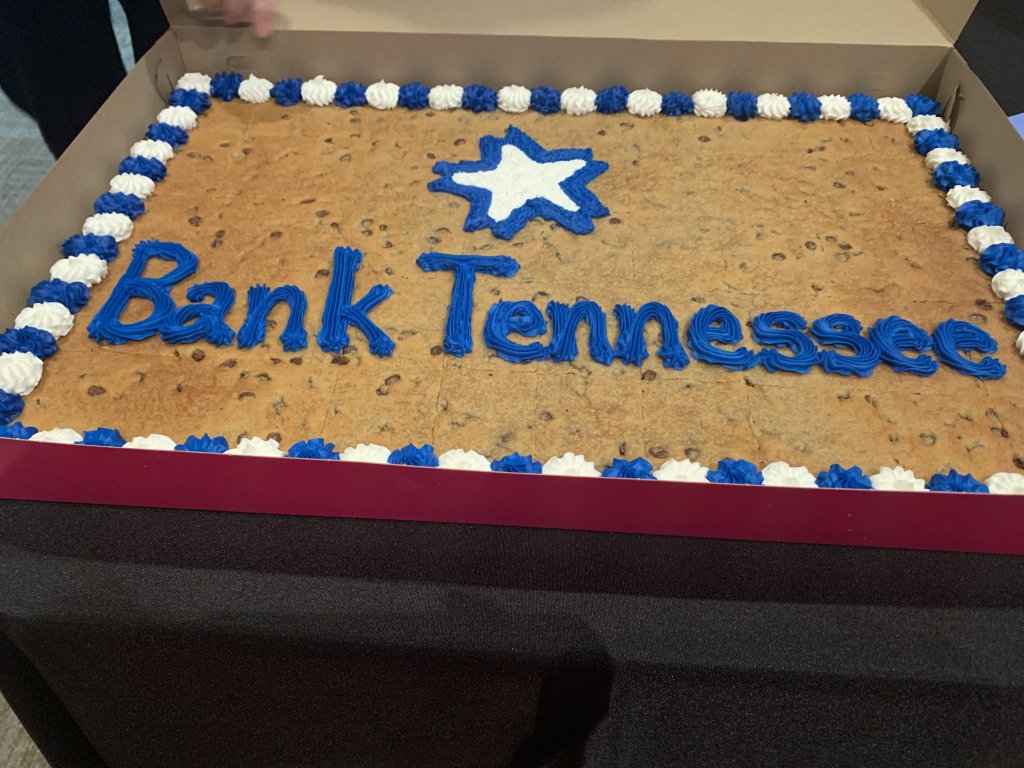 Wright Cox, President and CEO of BankTennessee (“Local and We Love It”) and father of the day’s guest speaker, introduced his son with a brief overview of his son’s climb through the football ranks – from being a walk-on at the University of Tennessee to his success in the NFL, where he has achieved Pro Bowl status and the proud wearer of a Super Bowl ring.

Geoff Calkins took the mic and guided Morgan Cox as he discussed personal connection to Collierville where his family has made a huge impact through public service. He detailed his days from youth football to college ranks with very specific memories of the coaches who motivated him along the way and his desire to learn the craft of long-snapping each step up the career ladder. Discipline and self-improvement served as a guiding principle according to Cox’s remarks. He recalled the fans and the noise of U.T.’s Neyland Stadium, the physical demands of professional football and the challenge of balancing family life with a demanding training and travel schedule. He confessed that he was proud and happy to join the Tennessee Titans in 2021 after leaving the Baltimore Ravens in 2020.

Before he left the stage, Cox demonstrated his abilities by snapping a football to Mayor Stan Joyner from the appropriate distance. Cox answered several questions from the audience before leaving the stage to grateful applause from a captive audience. 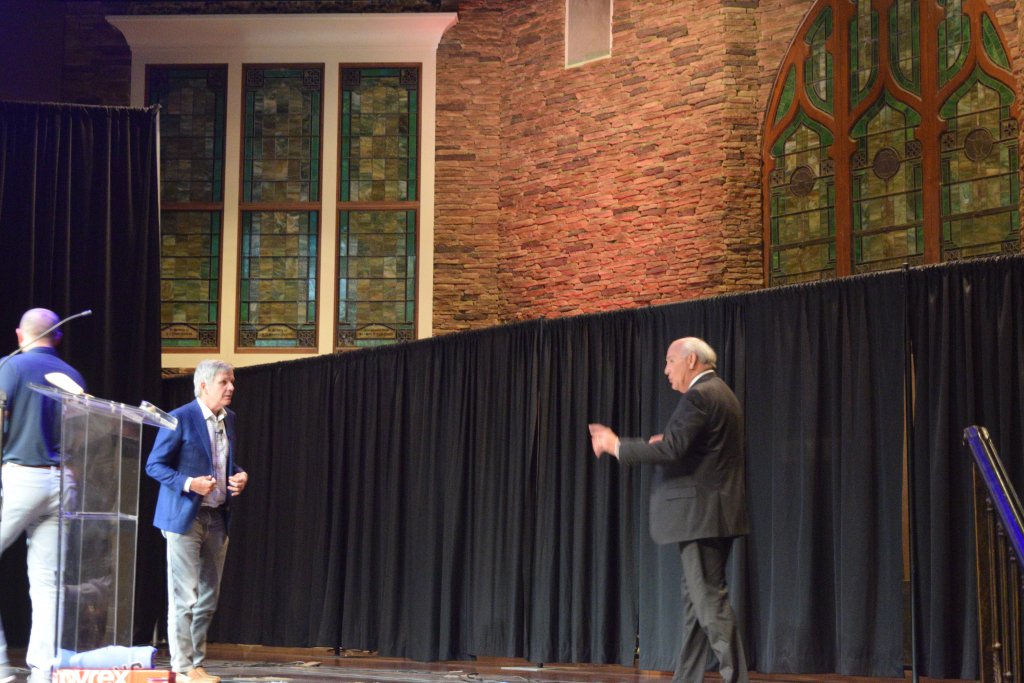 Heuberger closed the day with an overview of the past twelve months, which he succinctly noted was a “very good year.” The Chamber grew by 67 new members; saw five new Premier Partners; enjoyed three sold-out Monthly Membership Meetings and three sold-out Women’s Leadership Meetings; gained special recognition for their annual Excellence in Business Awards Banquet and hosted a sold-out golf tournament. The year reflected significant growth in number and in energy. 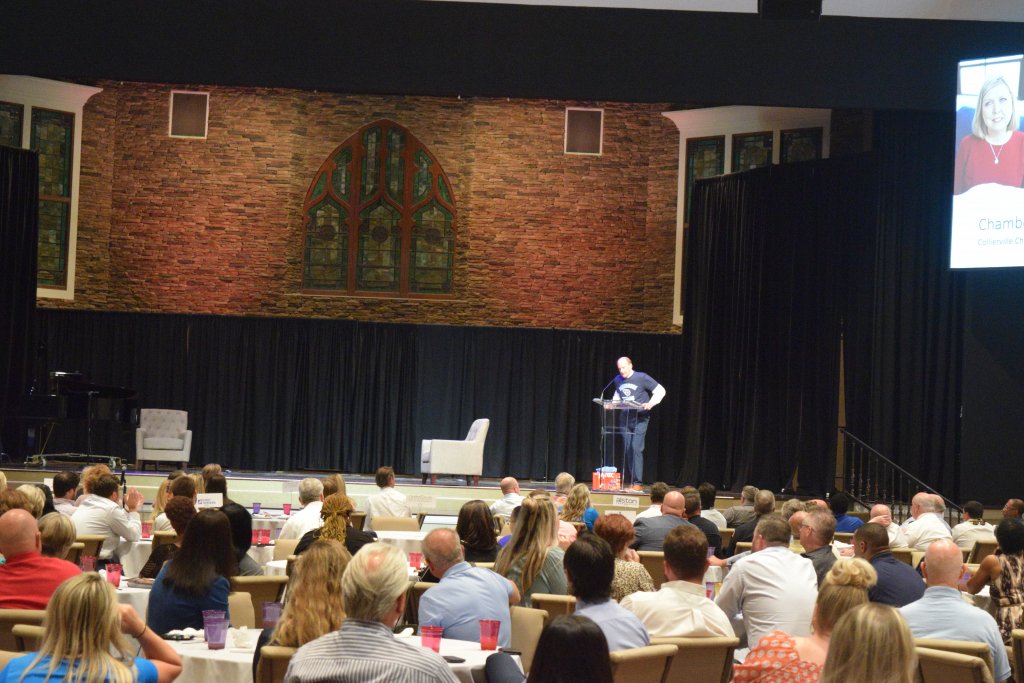