Skip to content
Starting Off 2023 with Dr. Peter Buckley

Starting Off 2023 with Dr. Peter Buckley

The Collierville Chamber’s got back in the swing of things at their January Monthly Membership Meeting, which featured guest speaker Dr. Peter Buckley, Chancellor of the University of Tennessee Health Science Center (UTHSC). Before Dr. Buckley took to the stage, the meeting kicked off with a welcoming message and invocation from Pastor Sam Nichols. The Pledge of Allegiance was led by Chamber board member Jimmy Turner, owner of Christian Brothers Automotive. Mark Heuberger, President of the Chamber, then made his way to the stage for some remarks.

Heuberger was first joined by Kevin Baltier of Edward Jones and Turner to announce the new Board of Directors Chairman. Baltier served in the role for 2022 and Turner will take over this year. Turner gave a heartfelt comment about what the Chamber and the new role means for him. He finally directed the audience to the screens for a Chamber video featuring Governor Bill Lee. An official changeover will take place at the Chamber’s Business Awards on March 7th. 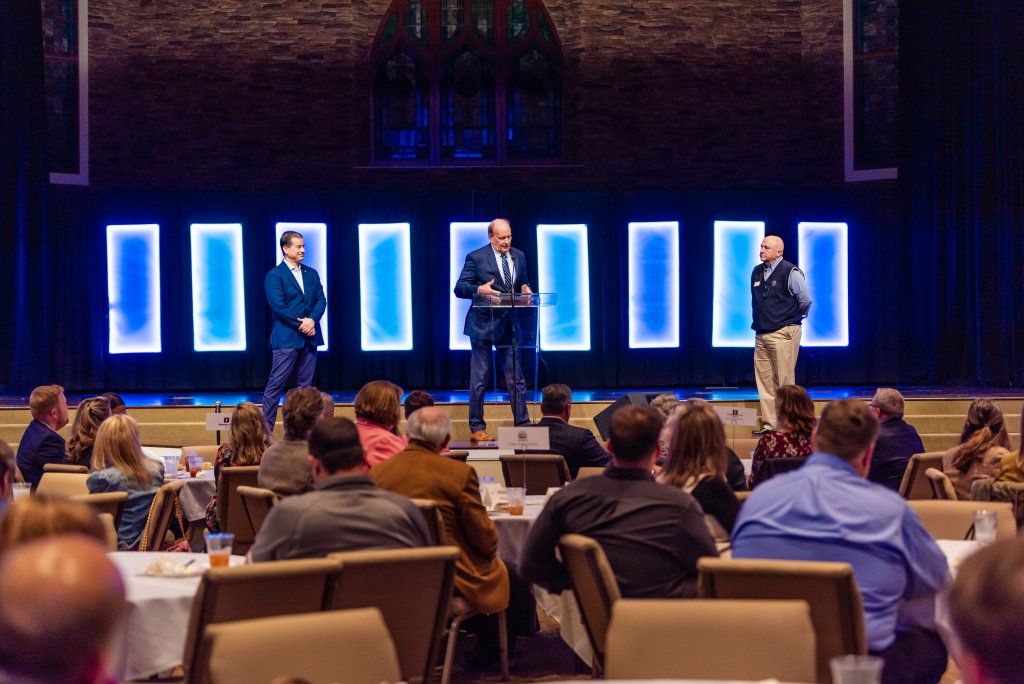 As always, Heuberger made a note to thank Collierville First Baptist Church for their generous hospitality, and the caterer, Simply Done Catering by Karen Shelton. They are the anchor caterer for Chamber meetings in 2023.

He then welcomed the notable people in the room including the “best Mayor in America” Collierville’s Stan Joyner, and the new Town Administrator, Molly Mehner, for her second month in the role. Next up, Nicholas Luter, an outstanding senior at Collierville High School, was presented with the Student of the Month distinction, a strong partnership the Chamber has with the schools and Patriot Bank. Announcements concluded with David Pickler, board member and President of Pickler Wealth Advisors, inviting the audience to join him for the May Monthly Meeting. This event features Erin Gruwell, renowned educator, activist, and author of the book Freedom Writers. Her story is inspiring and one that can’t be missed. Pickler warned that attendees will leave the meeting filled with emotion and motivation. 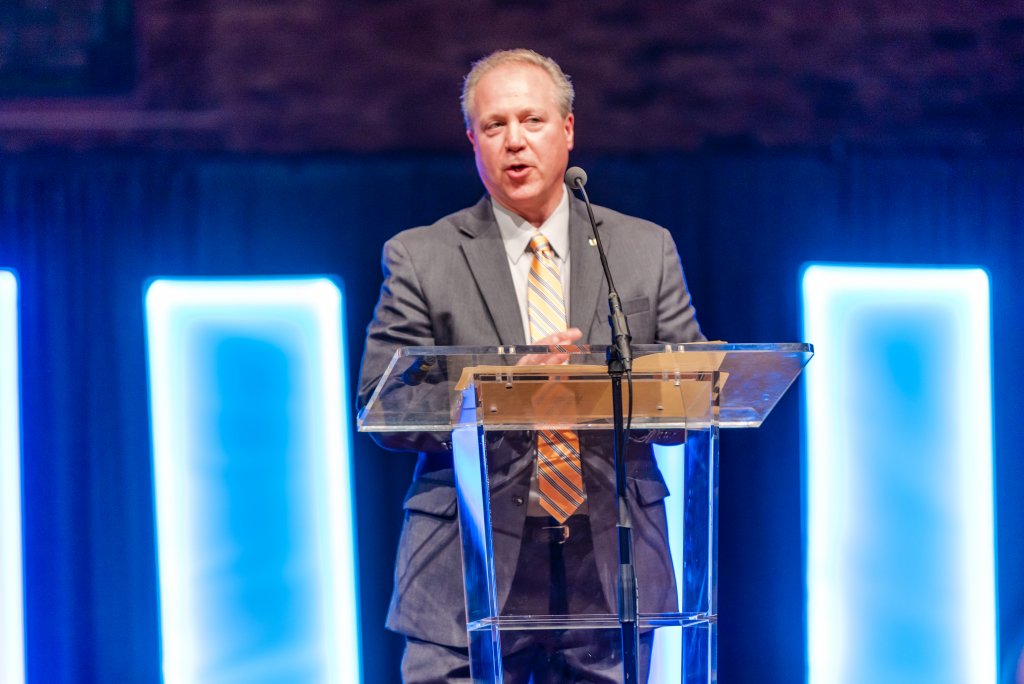 Greg Harris, Assistant Vice Chancellor of the University of Tennessee Foundation, introduced Dr. Buckley to the audience. A native of Ireland, the 11th Chancellor of the UTHSC’s knowledge and wit was on full display during his presentation.

This wasn’t the first time Dr. Buckley had addressed the Collierville community. In September 2022, Dr. Buckley talked with the Chamber board, Town officials, and a select group of Chamber members. Before he began, the UTHSC Chancellor referenced last year’s meeting, saying being asked back a second time is a rarity to much laughter from the audience. Humor was a noticeable theme in Dr. Buckley’s talk. Many times, he made the dense topic of healthcare funny and relatable. It became clear very quickly the importance of UTHSC’s role in every Memphian’s well-being.

The medical school’s influence touches almost all the major health providers in Memphis. After receiving world-class training from UTHSC, many graduates stay in the area and work at local hospitals such as Baptist, Methodist, St. Francis, and Le Bonheur Children’s Research Hospital. The University of Tennessee Health Science Center is the city’s public health facility, and the community should be very proud. 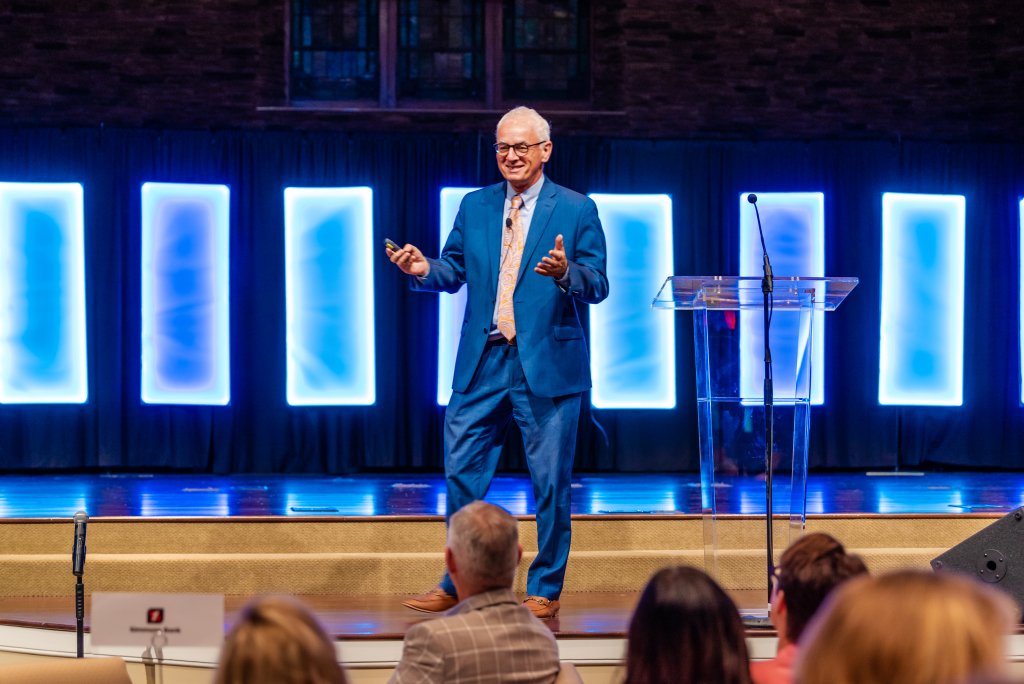 Heuberger returned to the stage and gave reminders about some upcoming Chamber events, the most notable of which is the Chamber’s annual Excellence in Business Awards on March 7th. This year’s iteration is presented by Simmons Bank and will be held at the Hilton Memphis.