Despite the cloudy skies, the stars were out at the Collierville Chamber’s December Monthly Membership meeting. HGTV Design star Carmeon Hamilton and gospel recording artist Ephie Johnson highlighted the program’s holiday festivities, but the whole event was filled with jolly atmosphere. It was a jam-pack meeting from beginning to end. Pastor Sam Nichols opened the meeting and welcomed Barry Henson, Preacher at Rossville United Methodist Church, to give the invocation. Mayor Stan Joyner then took a moment to lead the Pledge and introduce new Town Administrator Molly Mehner to the crowd. Mehner took over for outgoing TA James Lewellen in November. Mayor Joyner concluded by reiterating the size of the crowd. 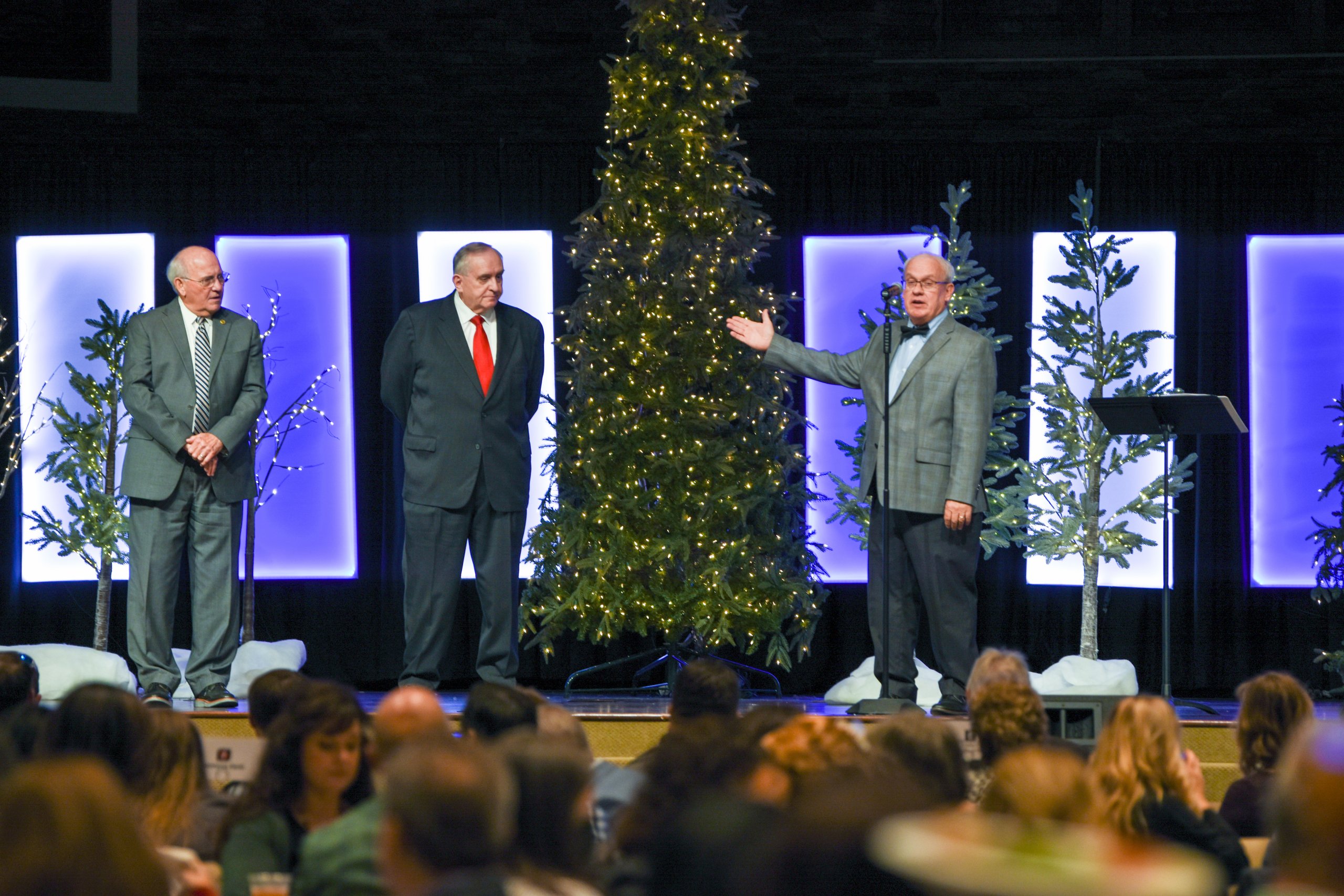 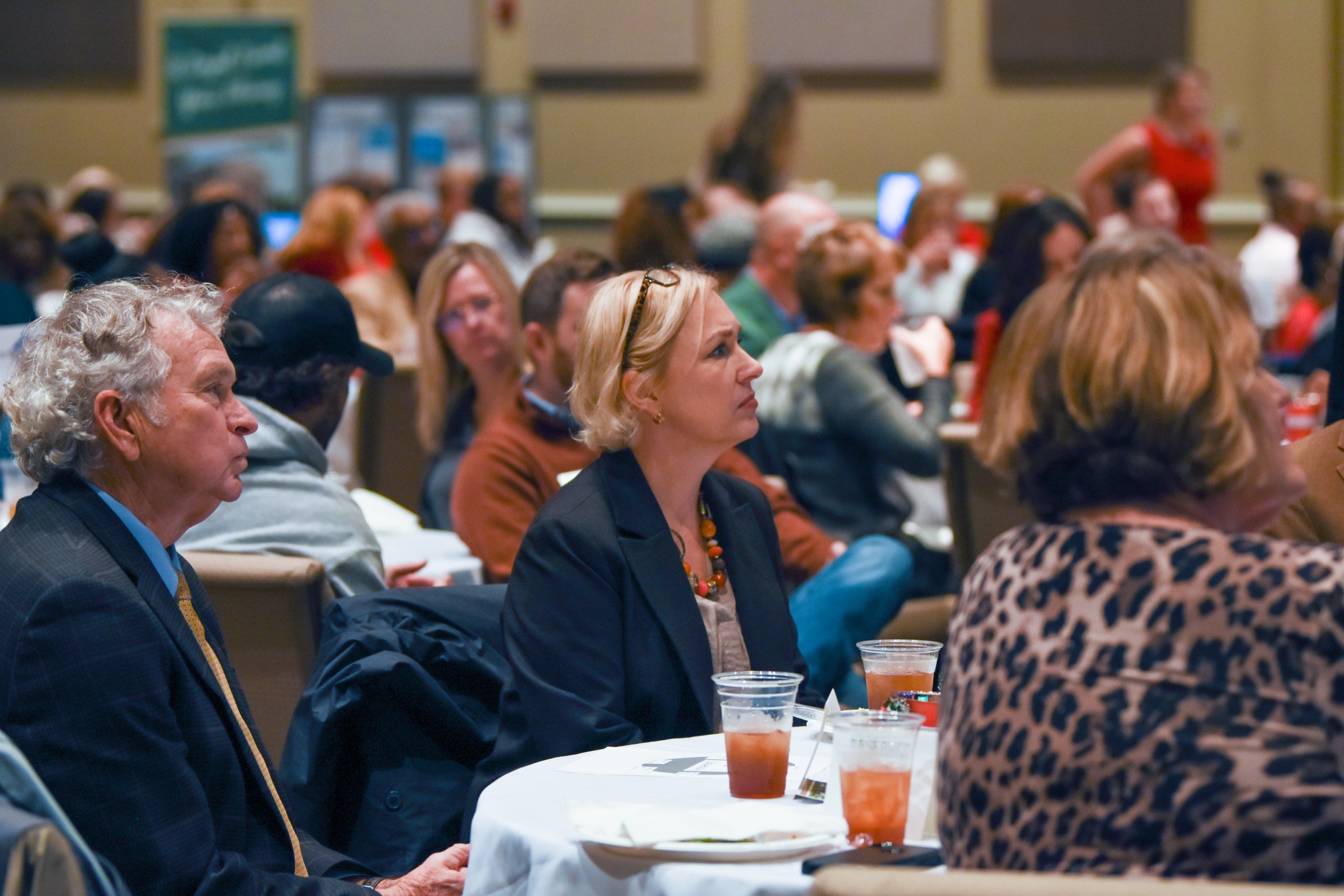 He noted that this was the largest Chamber Luncheon ever with 285 recorded audience members, topping already record-breaking crowds at the April and June monthly meetings that featured Chief Dale Lane and Super Bowl-winning long snapper Morgan Cox, respectively. While the crowd was taking in the introduction, they ate lunch from local restaurant Jim’s Place Grille. 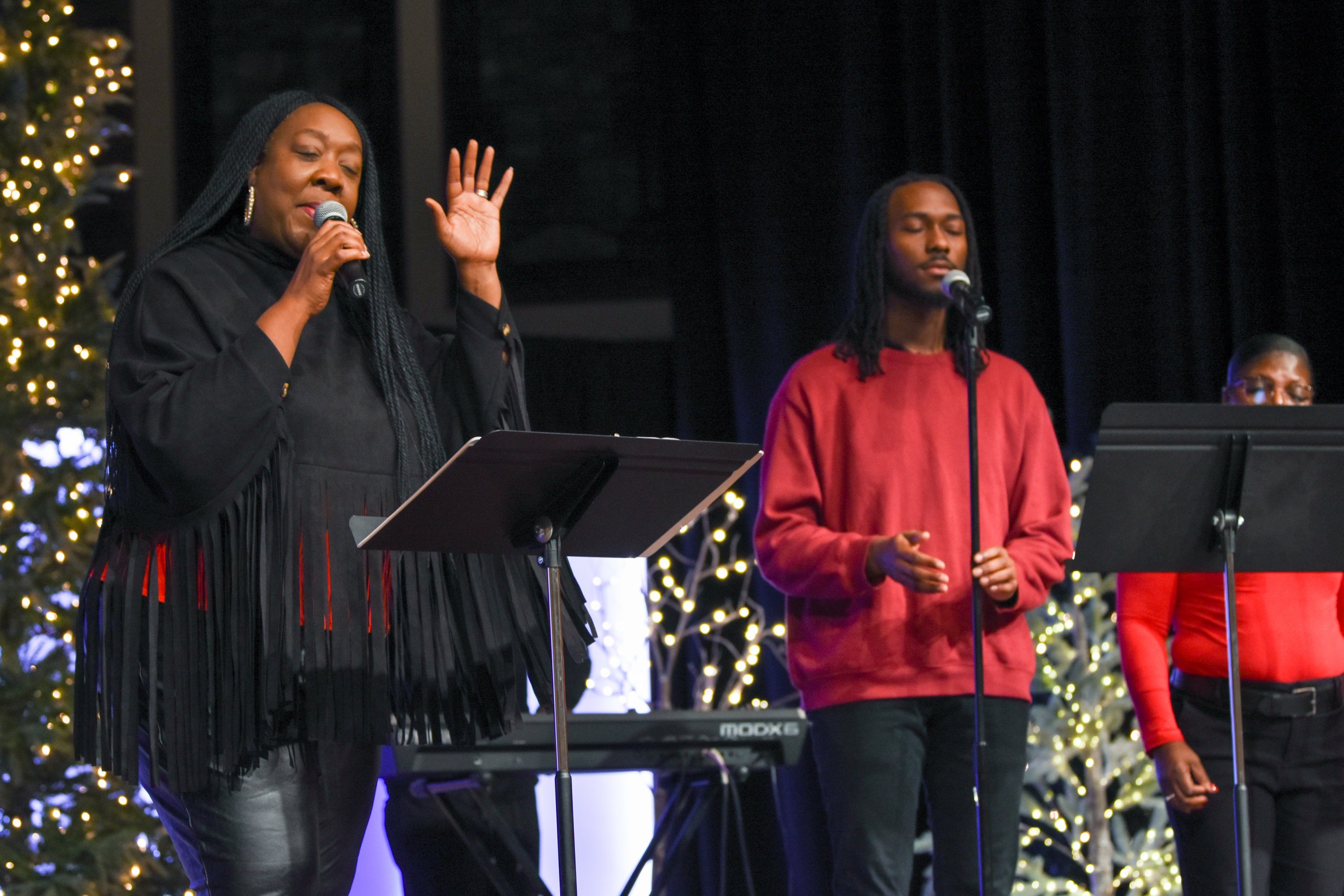 Ephie Johnson began the entertainment portion of the event by wowing audience members with two-holiday numbers. She made sure to let the audience know she would be back toward the end of the meeting. But before the HGTV star was welcomed on stage, Mark Heuberger, President, and CEO of the Collierville Chamber, acknowledged the various elected officials in attendance and the Chamber’s newest members. The crowd-favorite student of the month, sponsored by Patriot Bank, was awarded to Munachiso Ogwo. Meeting sponsors got in on the action when Tharen Haley of Collierville Funeral Home gave audiences a laugh with his holiday poem. Heuberger returned to the stage to acknowledge First Fruits as the speaker sponsor. Jennifer Douglas, Executive Director of New Day Children’s Theatre, enthusiastically introduced Hamilton to the crowd. The lively content creator moved the audience to laughs and tears during her 20-minute presentation. She recounted her journey from college athlete and physical therapy student to finding her place as an interior design major at the University of Central Arkansas. Her decision led her to several places before settling in Memphis, a place 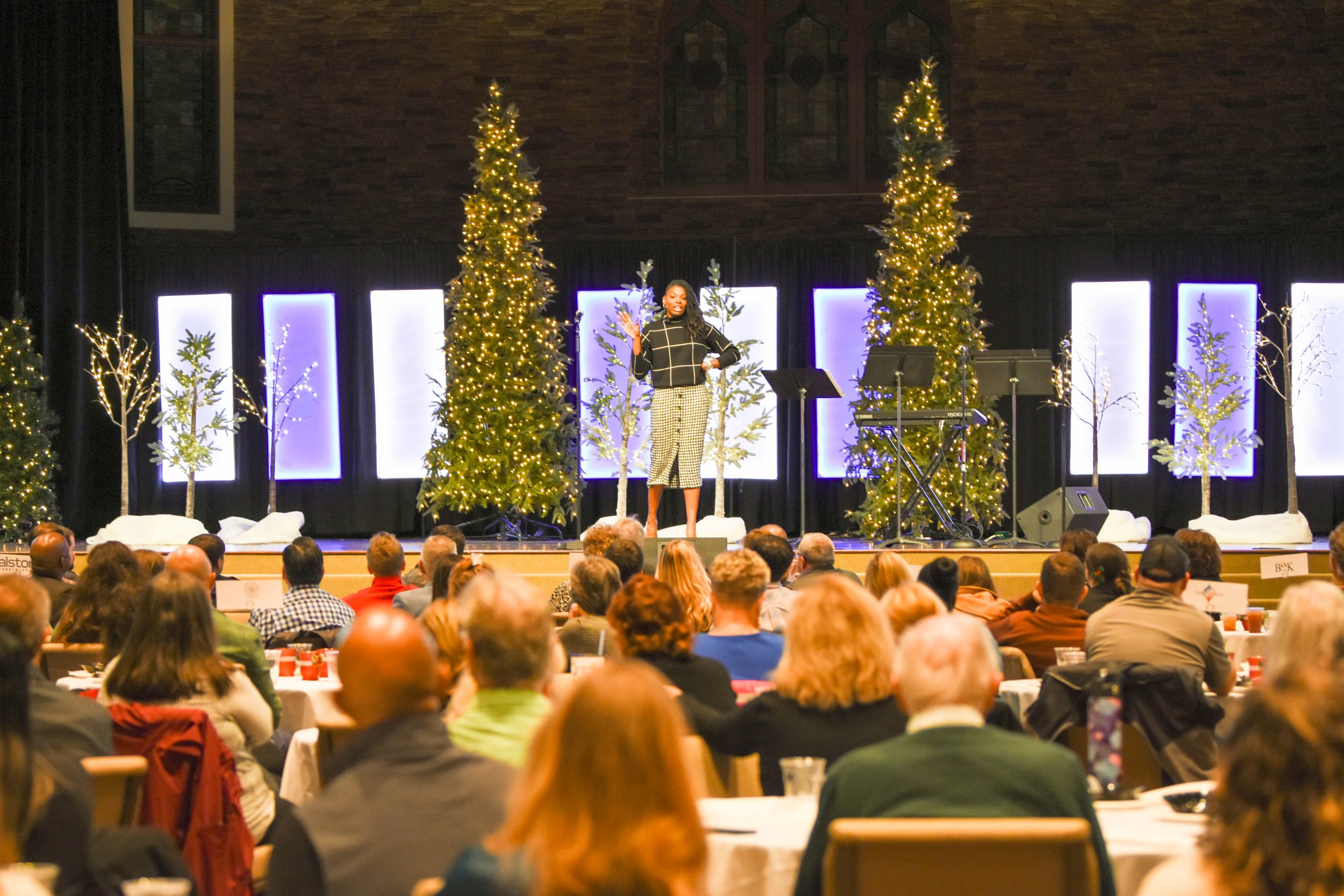 she will do anything for. Hamilton described the struggle of losing her husband, Marcus, on the night of her HGTV Design Star achievements. Optimism filled her final few minutes. She explained her struggles have given her a new perspective on life. It’s not about just her anymore, but rather how she can help those around her. Hamilton concluded her portion by encouraging the audience to “find the beauty in every single moment we have.” The crowd gave her a well-deserved standing ovation as she exited the stage. Heuberger followed up her presentation by thanking Hamilton for sharing her touching story with members. 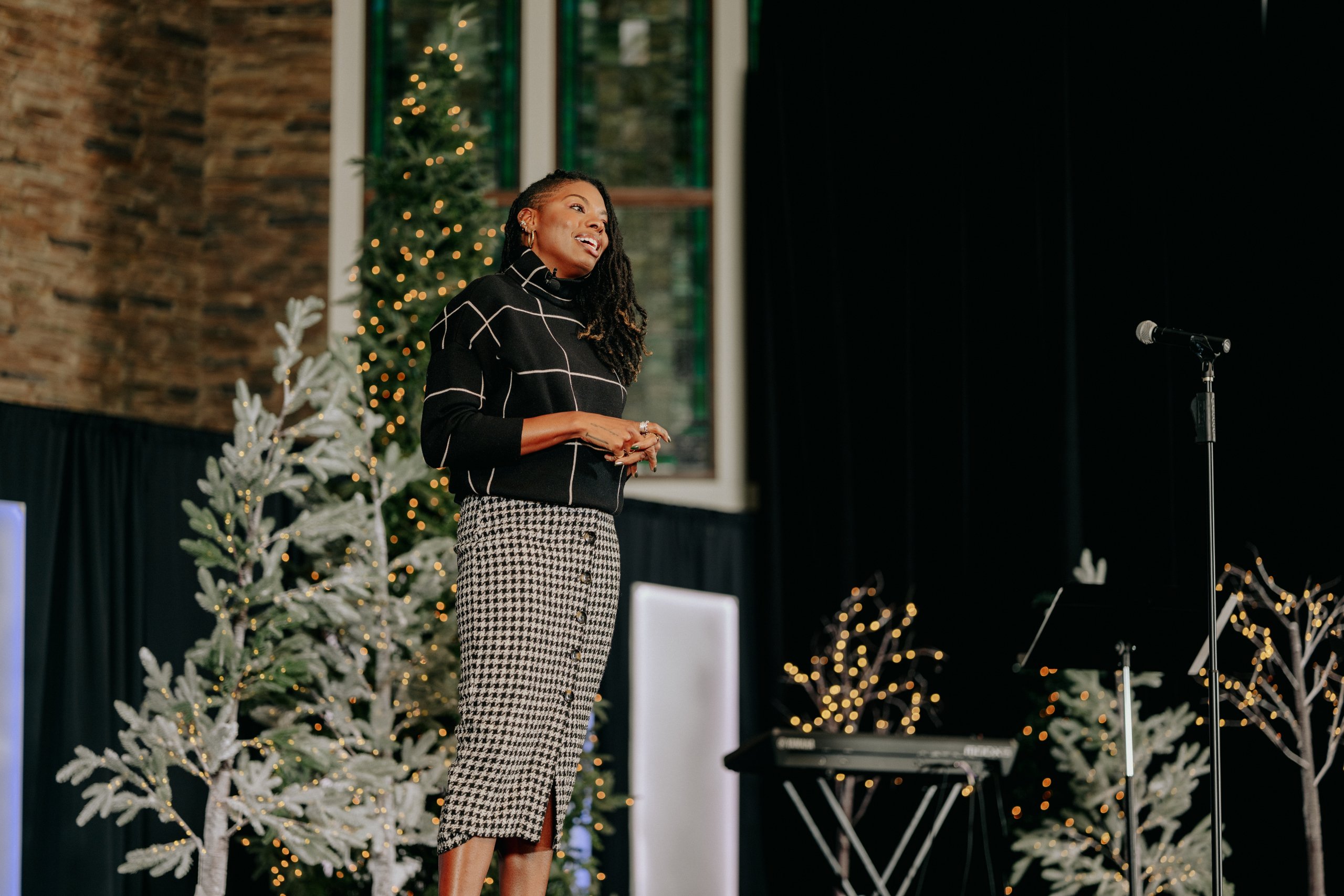 The time finally arrived for the European Trip giveaway. This was the cumulation of a two-year project with Travel Leaders Collierville. Mayor Joyner returned to draw the name and Barbara May from Travel Leaders announced the lucky winner, Cory Hauge. He revealed he will use the trip as his honeymoon next year. 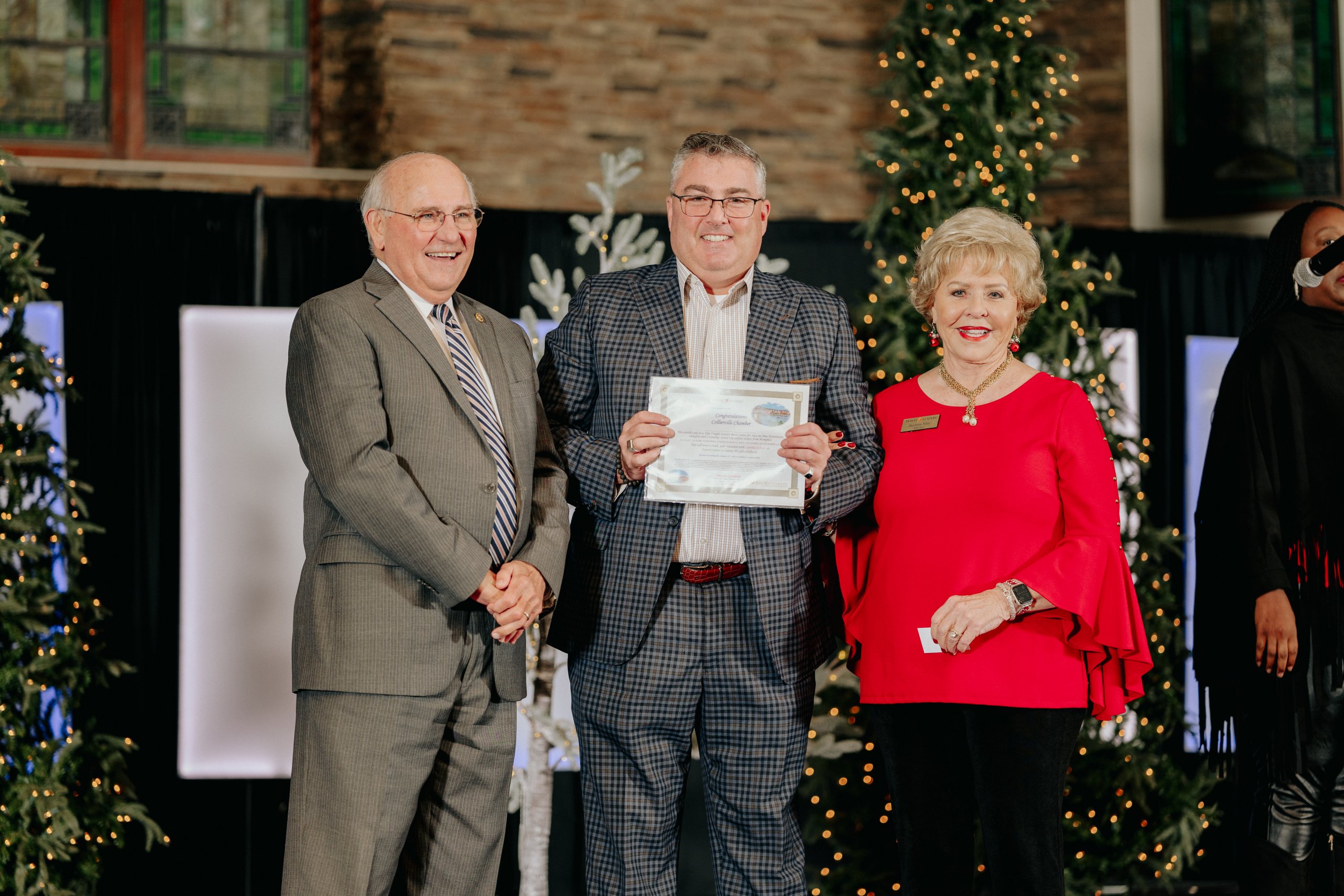 Ephie Johnson concluded the afternoon with a final gospel song praising the Goodness of God. She dedicated the song to Carmeon. Attendees left the meeting filled with emotions and good cheer. It was an appropriate cap off to a record-breaking year for the Collierville Chamber. 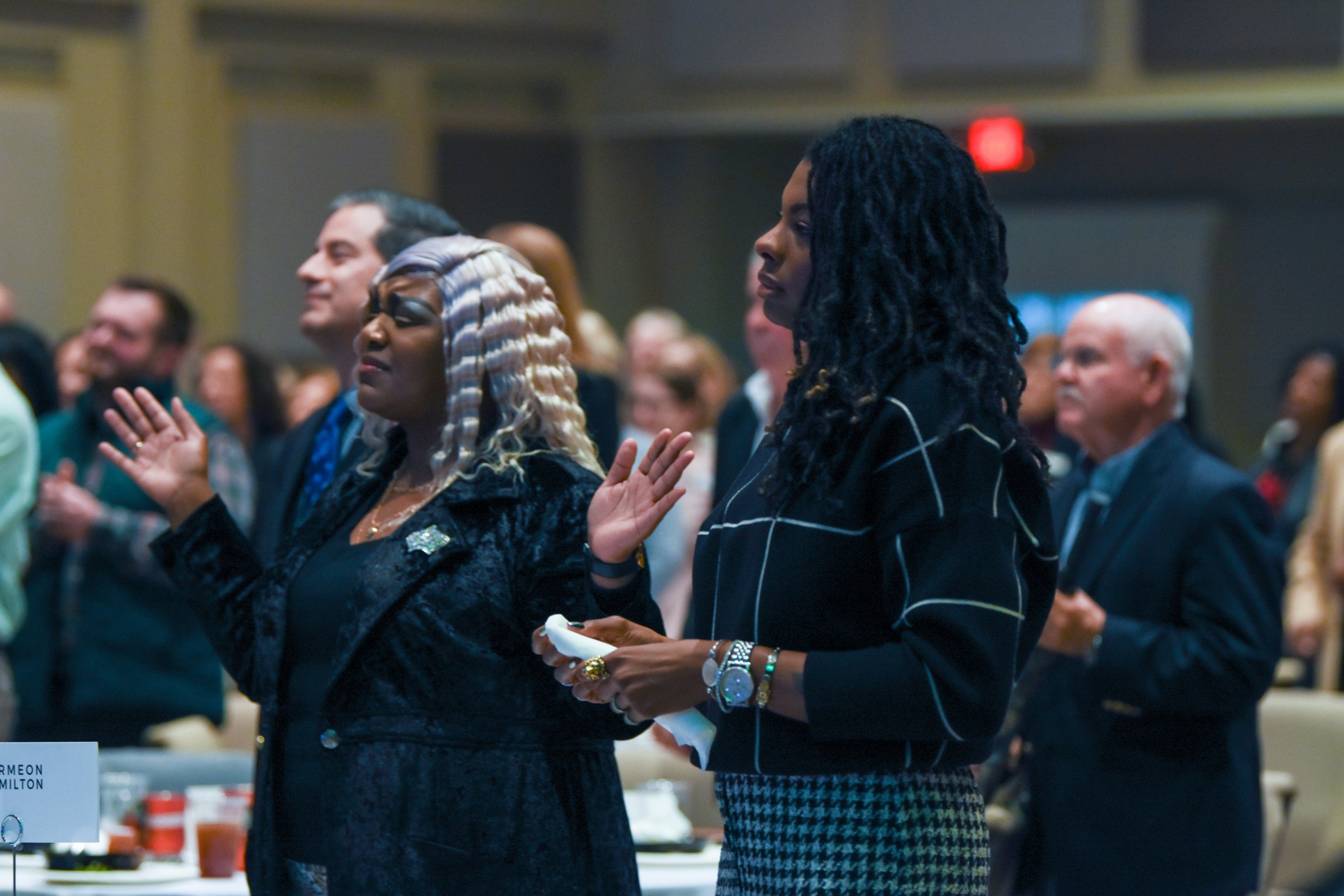