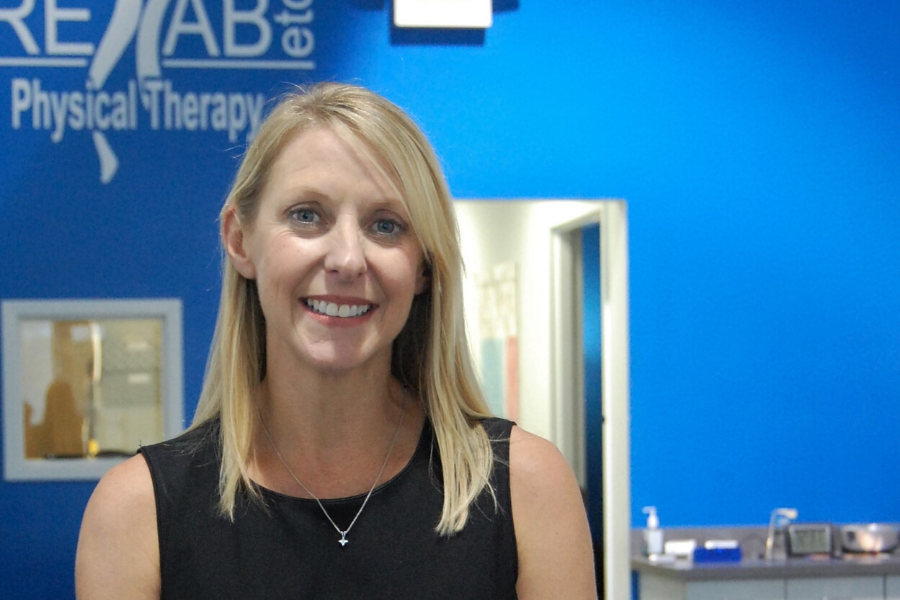 As a student at Kirby High School in Memphis, Ashley Nations Bradford, co-owner of
Rehab etc on Houston Levee Rd., reflected something of a rare combination: she was a cool nerd. She loved math and science, and she was a cheerleader. She smiles as she remembers, “I was the only cheerleader on the competitive math team.” And, Ashley loved dancing.

“I wanted to be a marine biologist,” she recalls, but it wasn’t long into her tenure as
a biology major at the University of Memphis that a mentor suggested she explore physical therapy as an option. “After spending one day watching a physical therapist, I said, ‘This is it.’” It was a natural fit.

After years in the trenches working with individuals at several clinics and gaining her Doctorate in Physical Therapy from the University of Tennessee, Ashley took a jaunt back into the world of dancing. “I heard the Memphis Grizzlies were auditioning for dancers, and I had been on the dance squad at University of Memphis, so I tried out.” And, as you might guess, she made the squad. Ashley remembers approaching her boss the next day and telling him that she was going to join the Grizzlies as a dancer. “He was shocked and said, ‘Are you quitting?’” She laughs as she recalls that day. No, she wasn’t leaving her chosen occupation for the world of NBA dancing, but she had part-time fun for six years doing something she loved to do. And, with her background in dance and movement, it’s no wonder that she has been used as the on-call physical therapist for touring Broadway companies when they visit the Orpheum Theater in Memphis.

Add one more credit to her resume: she’s a triathlete.

Dancing and athletics continue to be fun components of this healer’s life,
but as co-owner of Rehab etc. it’s physical therapy where she finds her
real passion, and patients have responded. While Rehab etc. will celebrate seven years at their current Collierville location (2059 Houston Levee Rd.) in October, they’ll soon move three doors down. In the process, they will double their current space. “We hope to be in the new space by the beginning of 2020,” she says.

Ashley Bradford, DPT, enjoys working with patients and seeing their progress. Unlike some fields where those in the healing professions may feel isolated, physical therapy has unique rewards. When she considers what she finds most compelling about her career, Ashley responds comfortably, “I love seeing the end result.”