Another sold-out Monthly Membership Meeting crowd convened at First Baptist Church of Collierville on August 10 to hear Ted Townsend of the Greater Memphis Chamber address issues of community partnerships and the future of economic development in the area. Currently, Townsend serves as the Chief Economic Development Officer of the Greater Memphis Chamber and will assume the position of CEO and President in 2023. 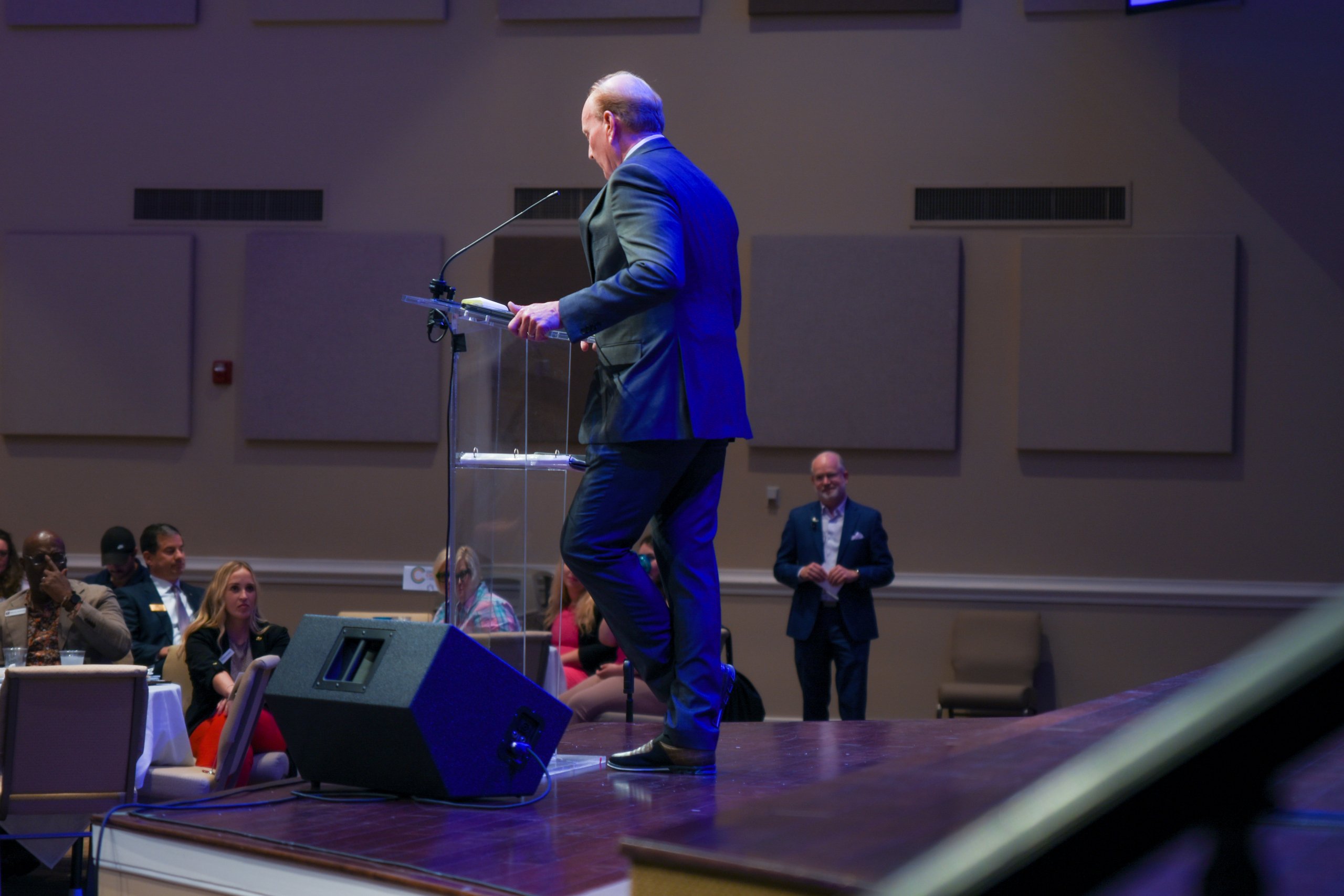 Kevin Baltier, Chairman of the Collierville Chamber of Commerce board of directors, took the lead for the day’s meeting, as he called attention to the wonderful catering by Booyas of Collierville. Baltier then noted the Chamber’s nominations for two annual awards presented by the Tennessee Chamber of Commerce Executives (TCCE), and recognized Collierville Alderman Missy Marshall as the person who nominated the Chamber in the Best Event category for their Annual Business Awards event and Chamber President and CEO Mark Heuberger as Executive of the Year.

Prior to the featured speaker, Collierville Chamber President and CEO, Mark Heuberger, recognized elected officials and other civic leaders in the crowd, as well as calling attention to those who were vying for positions in the upcoming elections. He also called attention to the Chamber’s premier partners and to OrthoSouth, the sponsor of the day’s luncheon. Several new Chamber members introduced themselves and spoke about their businesses.

Tasha Holmes, Executive Director of Leadership Collierville, took the stage to recognize Shelby County Commissioner David Bradford as the winner of this year’s H.R. Houston Award. The prestigious award is presented to an individual who reflects a record of service within Collierville and leadership demonstrated throughout the greater community. Patrick Crider was presented the Chairman’s Award for his service to Leadership Collierville.

Opening his remarks with a dynamic video presentation called “Memphis Moves,” Ted Townsend looked back on the struggle that the Memphis business community faced since the economic downturn in 2008. “The ten-year recovery arc offered only a minimal recovery,” he admitted, and added that Covid provided yet another significant hit on the economy.

By 2021, Townsend noted, the local economy was in full recovery mode from the previous years and the pandemic, as the Gross Regional Product outpaced the nation’s growth. There had been a recovery in jobs, with double digit growth being recorded in several significant areas: manufacturing, logistics and corporate/financial.

Townsend highlighted the expansion of profitability and job growth and the retention of jobs through the region. He called attention to Ford’s decision to create a new 15 million square ft. production facility in West Tennessee. The facility will be dedicated to the all-electric Ford F-series of trucks, initially, and is one prime example of the attractiveness of the region to major corporations.

He addressed the importance of Collierville itself, defining the number of jobs the town offers and the quality of the business interests, specifically mentioning Mueller Industries and its rank in the region’s top companies.

As for the future, Townsend focused on the importance of finding and training new talent for the workforce, as well as recognizing the national understanding of “diversity, equity and inclusion” in the workforce. As for the need of “building a world-class workforce that is diverse,” Townsend noted the importance of training a diverse population in technological areas and how this region has been recognized for its efforts and potential in those arenas. 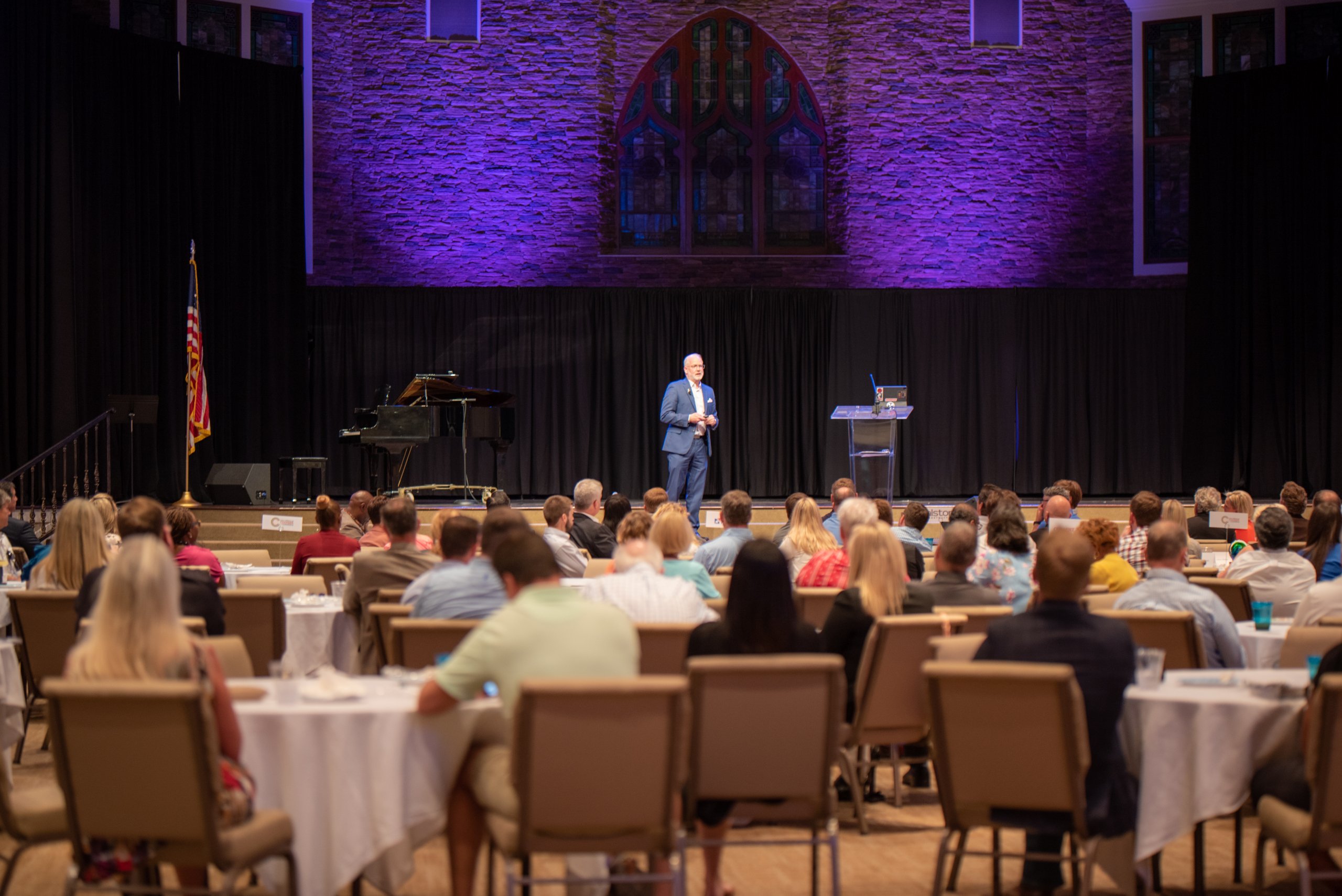 Concluding his remarks, Townsend pushed the need for “providing a future-ready workforce,” and the need to “lift the expectations” of Memphis and the region. He closed with, “We’re the Memphis region and we’re real!”

Prior to adjourning the meeting, the Chamber’s Mark Heuberger heartfully recognized the Chamber’s own Cathy Wilhelm, Manager/Business Operations, for her continuing support and for her dedication to the Chamber. 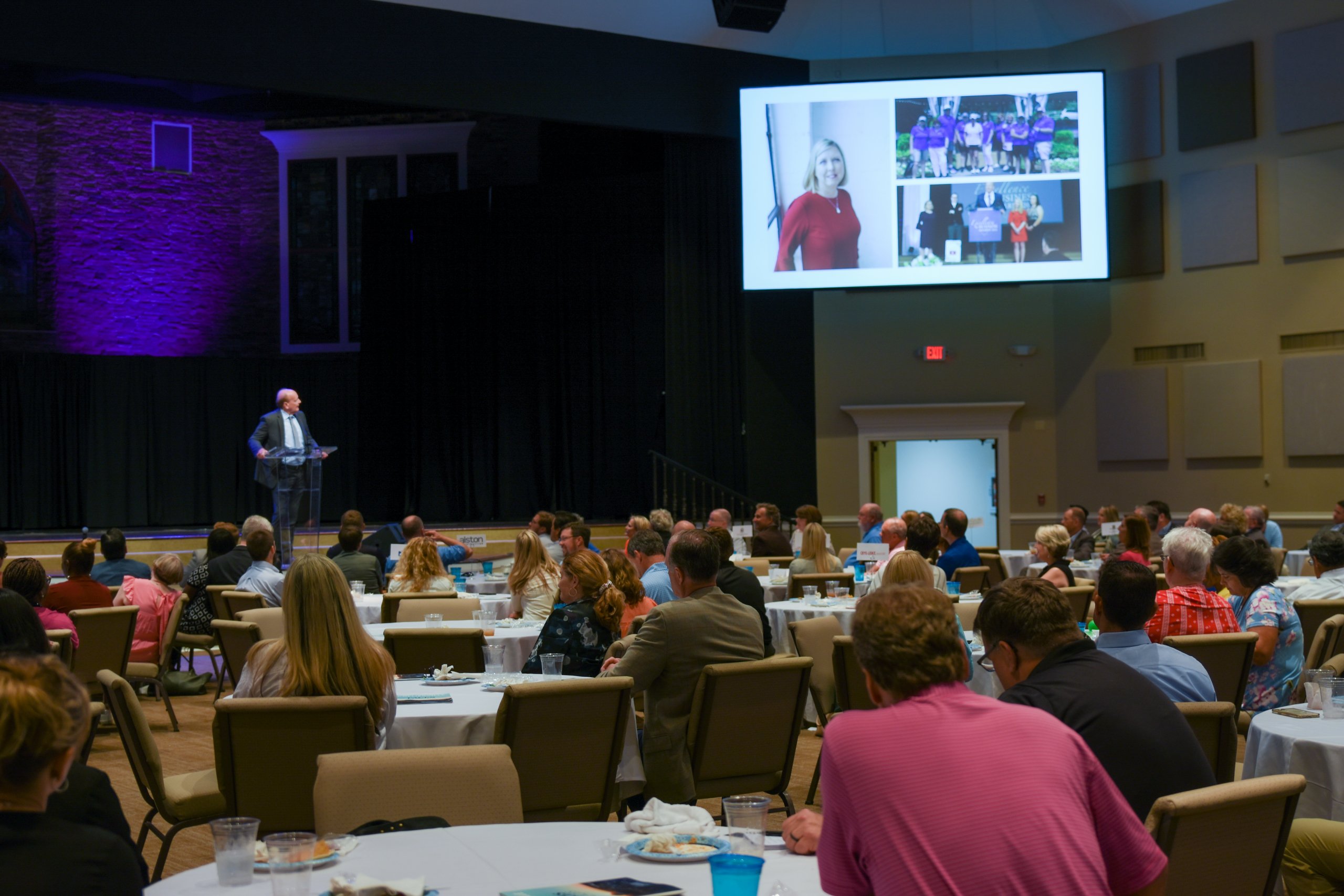