Skip to content
Driven to Perform: Cars and Careers Offer an Evening to Remember

Driven to Perform: Cars and Careers Offer an Evening to Remember 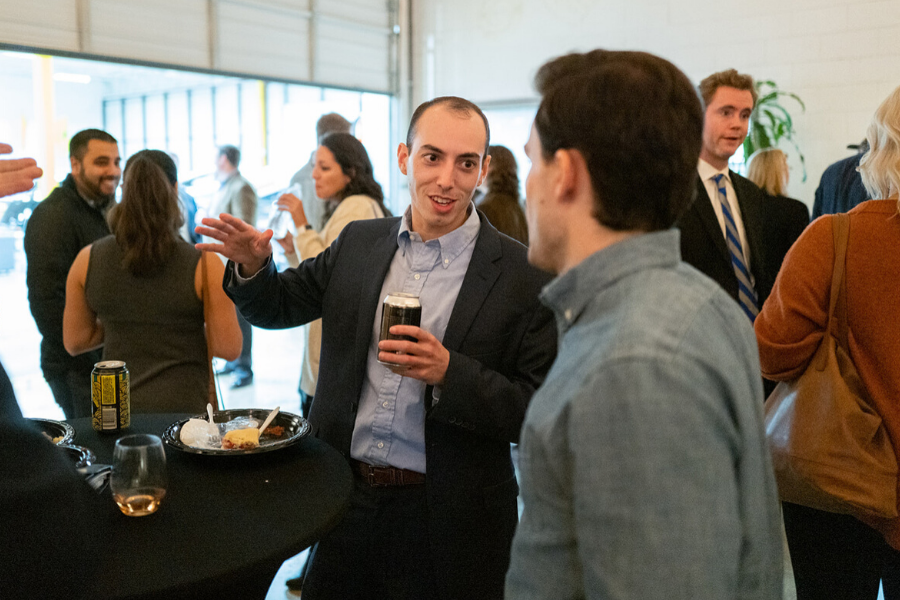 Dr. Richard Irwin, Executive Dean, Global & Academic Innovation (UofM Global) at the University of Memphis, did double duty this month for the Collierville Chamber of Commerce. Not only did he address the general membership at the monthly luncheon, but he delivered an informal talk to members of Ascend, the Chamber’s group for young professionals.

It was a meeting not to be forgotten as a crowd of up-and-comers gathered at Collierville Art and Speed Classic Car Gallery to ogle a collection of some of the finest classic cars in the nation and to hear a motivational talk by Dr. Irwin.

Landmark Community Bank’s Mollie Walker, a member of the Ascend committee, welcomed those who faced a rainy night to see the automotive works of art and to hear the evening’s program. Mark Heuberger, Chamber president, introduced Kevin Caffman, owner of Art and Speed, who gave a short, but inspiring, overview of how he let his lifelong passion for cars re-direct his former professional career in business technology. He’s spent little time looking in that rearview mirror after making that life-altering decision.

Dr. Richard Irwin addressed the young crowd about the goals and achievements of UofM Global and his own personal challenges along his professional career, from wrestling coach to the director of the state’s most active on-line undergraduate and degree program. His primary directive to the young professionals was to look for opportunities “to do what others won’t.” Using examples of how he faced such issues, from taking unheard of steps to help his young high school wrestlers to creating new learning opportunities for those left outside of mainstream education and to opening locked campus doors when needed, he honed in on the importance of making a difference in each step along their career paths.

After the program, attendees continued to mingle, network and check out the cars, as they enjoyed refreshments provided by Thomas Meat and Seafood.

UofM Global serves as the sponsor of Ascend for young professionals.