The Collierville Chamber of Commerce continued its tradition of packed rooms at November’s Monthly Membership Meeting on November 9 at First Baptist Church of Collierville. The day’s luncheon was sponsored by Simmons Bank and catered by Bailey’s Executive Catering.

Chamber President and CEO Mark Heuberger welcomed guests and recognized civic leaders and elected officials prior to commenting on several new companies who have joined the Chamber’s Premier Partners level of membership. He then turned the spotlight on new Chamber member businesses and allowed representatives to speak briefly about their companies.

Charles Brasfield, VP of Patriot Bank, joined Collierville High School Assistant Principal Hallie Ross to introduce the crowd to Collierville High School’s Student of the Month, Anna Lim. Calling Ms. Lim a “driven, kind and grounded person,” Ross gave an overview of this stellar student’s accomplishments, including a 4.75 weighted GPA, her rank as 12th in a class of 623 students, having completed 15 AP classes, as well as 10 honors classes during her high school tenure. Additionally, Ms. Lin scored a perfect 36 on her ACT and is a National Merit Finalist. She is the drum major of the Pride of Collierville Marching Band and is an accomplished clarinetist, as well as having participated in the Tennessee Governor’s School in Science and Engineering. She intends to pursue a career in the biological sciences.

Chuck Newell, Regional Community President of Simmons Bank, the sponsor of the day’s event, offered an overview of the strength and growth of Simmons, now serving six states, with 44 branches in Tennessee and 24 in West Tennessee. A quick video provided a concise history of the bank, now headquartered in Pine Bluff, Arkansas.

Herbison recalled the 20-year arc from TVA’s concept to final groundbreaking and eventual production at Ford’s BlueOval City, a “long and arduous road,” requiring the efforts of hundreds of people. To finally get to their destination, a 4100-acre megasite near Stanton, TVA, and partners along the way had to work through a series of obstacles, including obtaining options from landowners to securing funding for the purchase of lands, a series of environmental challenges to plans for a required pipeline and the issues of infrastructure requirements. At times the march to the megasite had to be put on hold while challenges were met, and according to Herbison, it wasn’t until a letter from Ford, requiring a non-disclosure agreement and questions about “quality of life” in the area, that Herbison began to sense the goal would be met.

Referencing the “high-quality workforce” available in the area, Herbison noted the current availability of individuals who meet the skill sets required for both automotive and battery production. “Tennessee’s doing a great job,” he added. 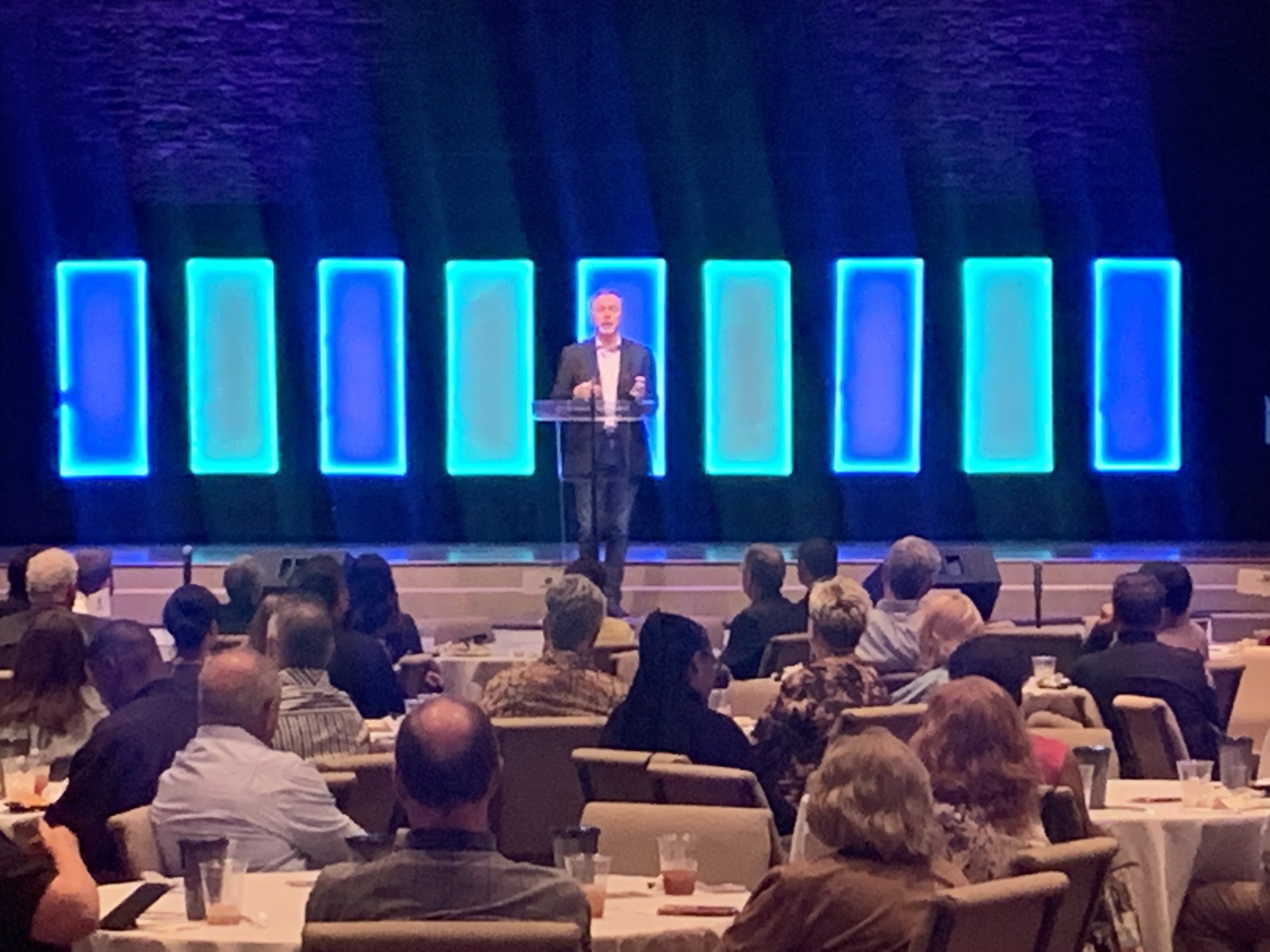 As TVA builds a new substation for the megasite area, and plans for new highway interchanges are being fast-tracked, Phase One of BlueOval City will include a 4 million square ft. facility just for battery production, with 2024 set as the date for the first trucks to leave the assembly line.

Herbison concluded his remarks with comments about new curricula being developed for high school students and the BlueOval Learning Ecosystem at the Tennessee College of Applied Technology (TCAT). 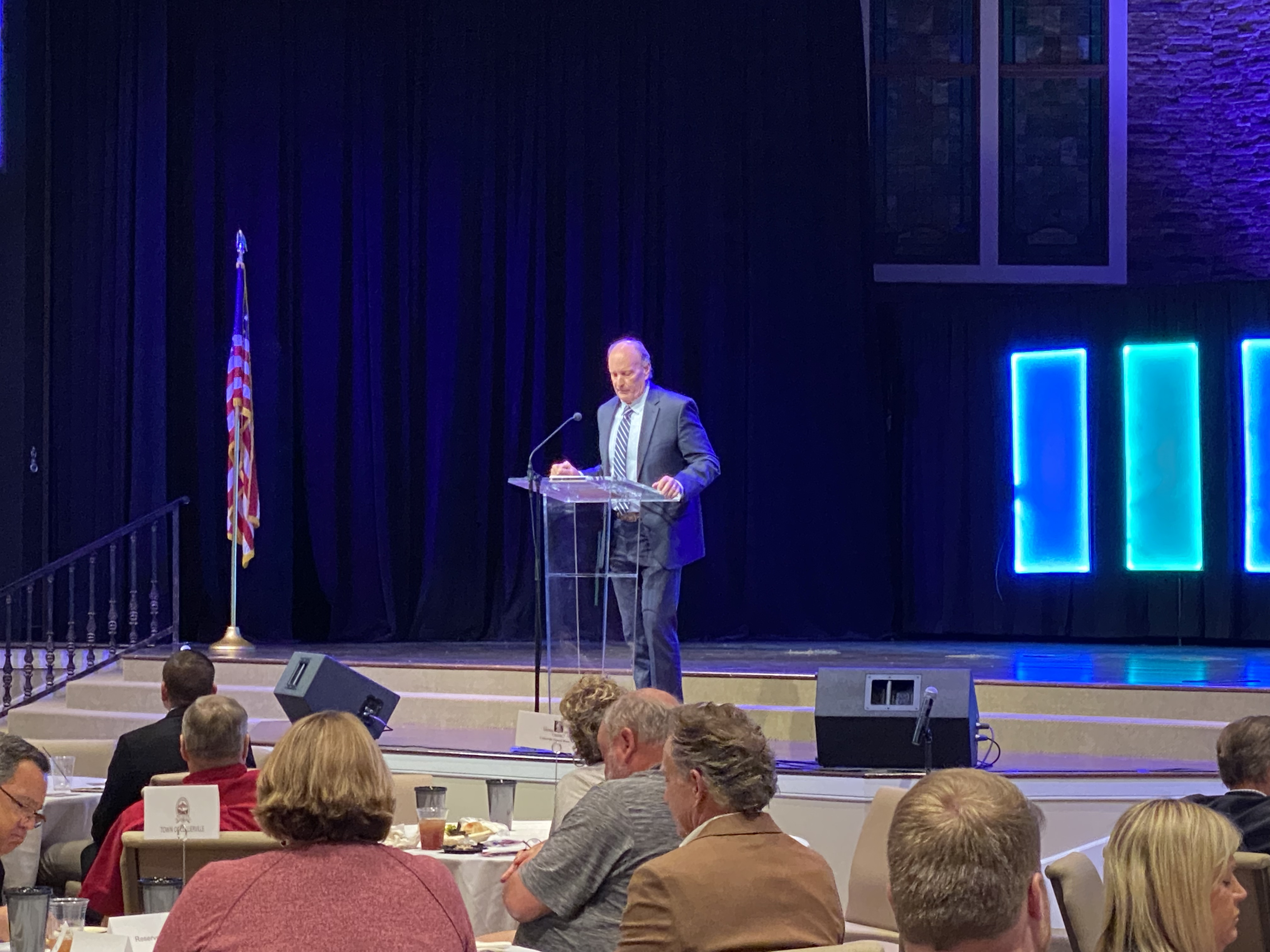