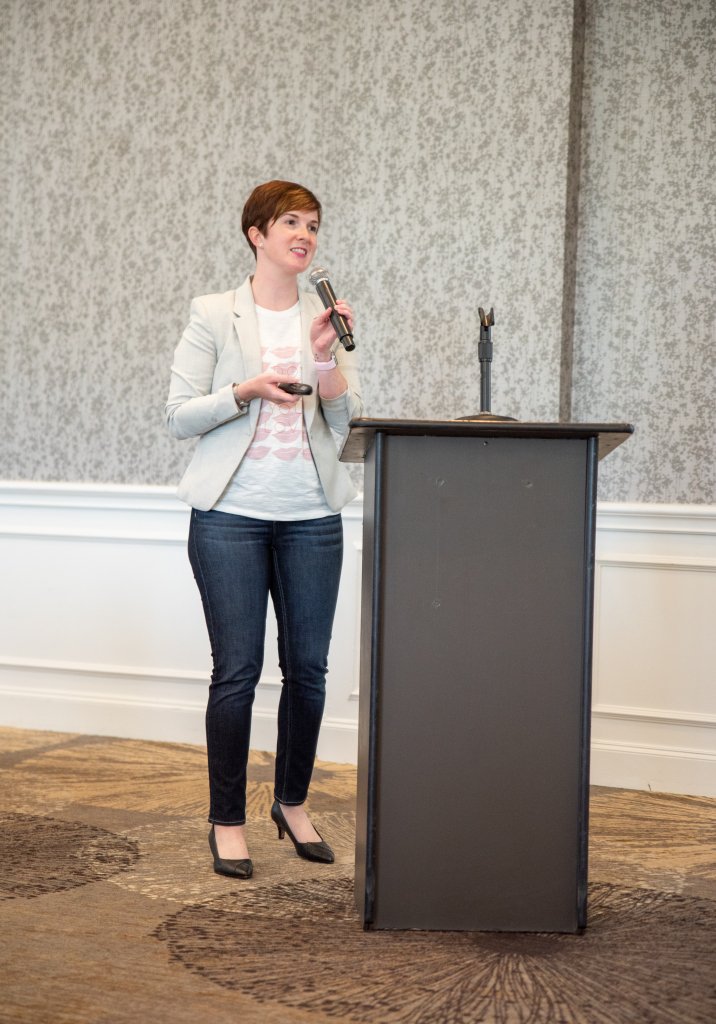 Collierville Chamber of Commerce’s Women’s Leadership Network, sponsored by Patriot Bank, continued with another sold-out crowd on June 16 at the Ridgeway Country Club as the crowd learned a little about the process of distilling and a lot about one woman’s climb through a traditional male world.

Alex Castle, Vice President and Master Distiller at Old Dominick Distillery in Memphis, is a native of Kentucky, home to the world’s finest bourbons. In spite of her childhood dream of becoming a marine biologist, Castle found a path into the world of brewing and distilled spirits after completing a degree in Chemical Engineering from the University of Kentucky. At that time, only 17% of engineering students were female, and she confesses amazement that throughout her college engineering experience she had only one female professor. 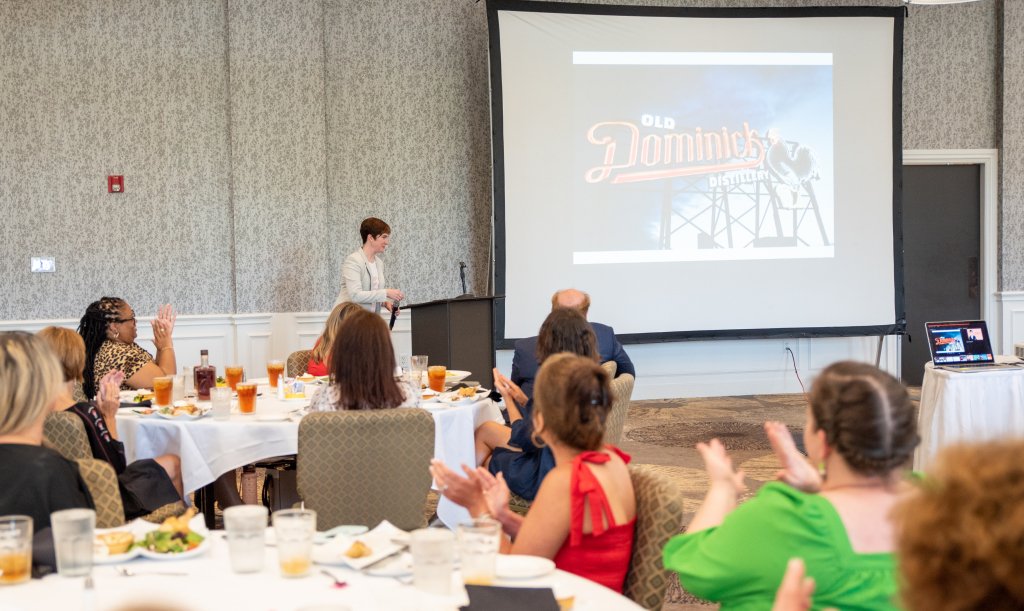 Gaining experience through a series of jobs with smaller breweries and distillers, Castle worked her way to running two shifts at Wild Turkey as Production Supervisor. “I was the only female supervisor on staff for three years,” she noted. “I was exactly where I wanted to be and I loved it there.” But things change.

In 2015 Castle came to Memphis to become Head Distiller of Old Dominick Distillery. In 2019 she was named Master Distiller and became Senior Vice President of the company in 2020. Her career has seen accolades upon accolades of achievement and leadership roles within the industry. She was elected the first female President of the Tennessee Distillers Guild in 2020. 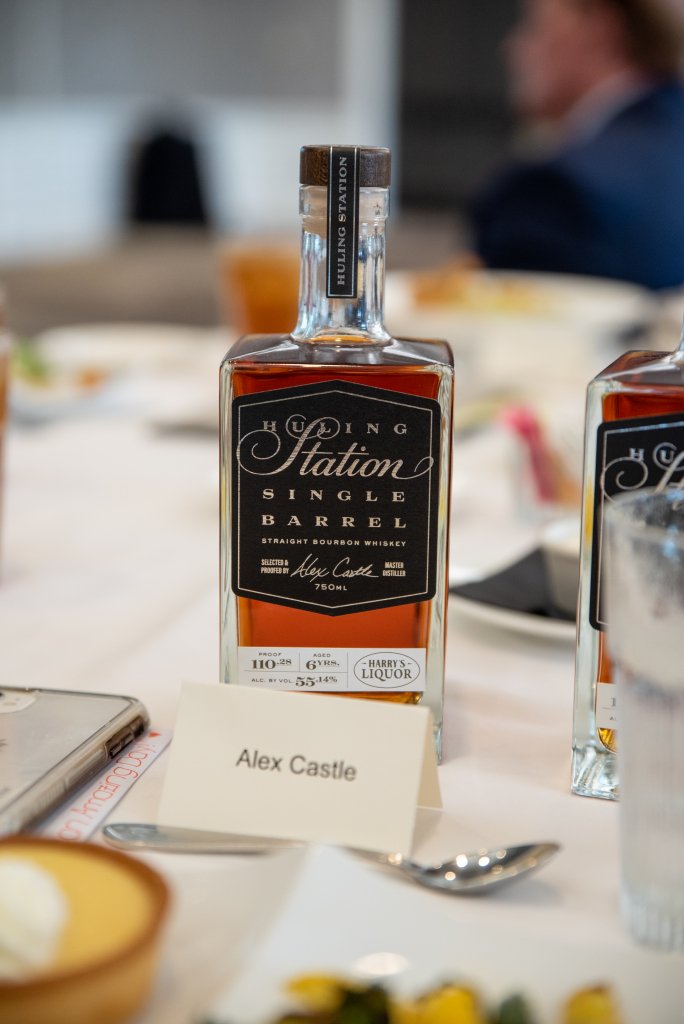 Castle offered the crowd an overview of the history of Old Dominick’s from its earliest days in Memphis as part of D. J. Canale (as in Dominick J. Canale), detailed the company’s extensive product line of whiskies, bourbon, gin, vodka, and special “Memphis Toddy. She also offered a look inside the facility including the beautiful downtown bar.

After a brief question and answer period, the Master Distiller offered two bottles of Old Dominick’s whiskey to lucky attendees. 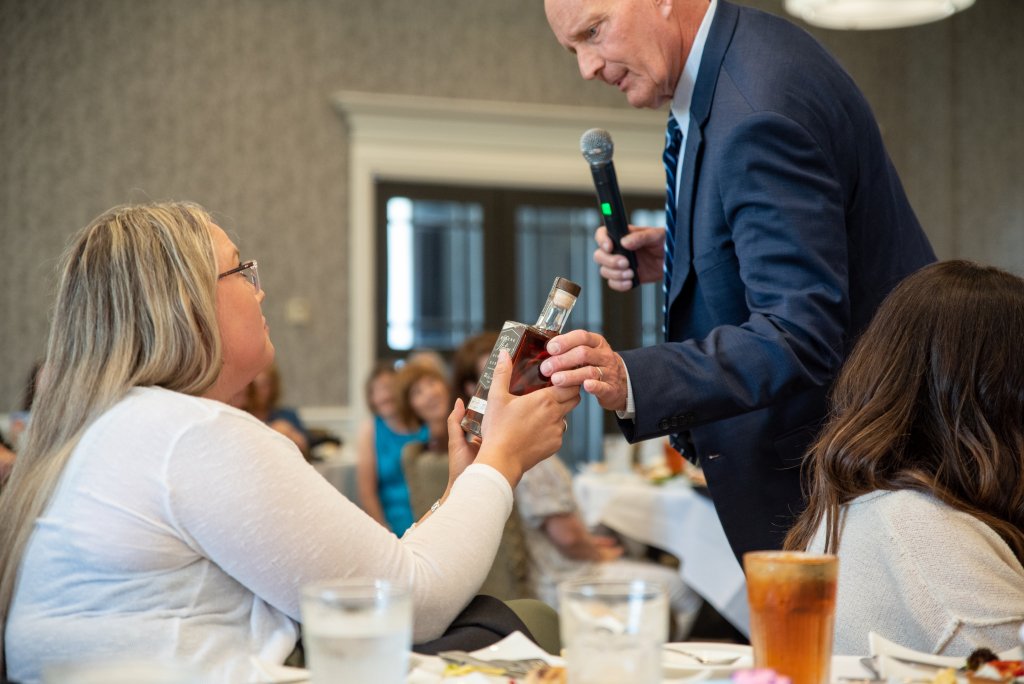